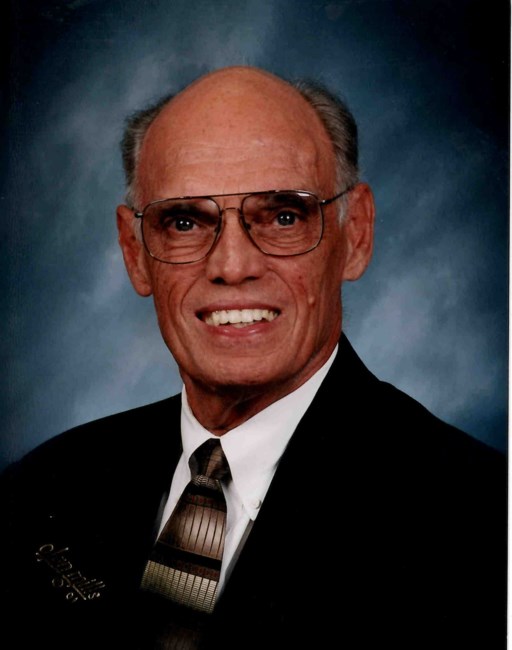 The Rev. Dr. Ray Fred Martens, a faithful servant of the Lord, passed away peacefully at home surrounded by his family at age 86 on October 5, 2019. He was born February 3, 1933 in Hufsmith, Texas to Ella and Alfred Martens. After his father died unexpectedly when Ray was 10 months old, he and his mother moved to Giddings to live with his grandfather, Rev. Gotthilf Birkmann. Ray attended Concordia Lutheran College in Austin, then a boarding high school for boys. Ray studied at St. John’s College in Winfield, Kansas as a pre-seminary student, then Concordia Seminary in St. Louis. After graduation, Ray was assigned to Concordia Seminary in Springfield, Illinois as a professor of Greek and New Testament studies. During his breaks from seminary studies, Ray courted his longtime family friend Jane Ruth Winkler, and they married in Giddings in June 1958. While in Springfield, they were blessed with three sons, Steve, Dave and Tom. In 1973, Ray accepted a call to be President of his beloved Concordia College in Austin. He earned his Doctorate in Theology in 1974. Ray served as Concordia’s President for 20 years and President-Emeritus for a few more. Concordia realized many positive transformations during Ray’s tenure, notably the transition to a four-year college, addition of several buildings, and expansion of its curriculum. Ray had a wide range of interests including stamp collecting, leading dozens of international trips, hunting, following the St. Louis Cardinals, singing with the Austin Saengerrunde, playing bridge, and leading bible studies. He was a skilled craftsman and an avid gardener. He especially loved attending his son’s and grandchildren’s sporting events and other activities. During his retirement years, he authored both a biography of his grandfather Birkmann and an autobiography. Ray was a devoted husband, loving father, and doting grandfather. He is survived by Jane, his beloved wife of 61 years, and his sons Steve (Elizabeth), Dave, and Tom (Stephanie). He has seven grandchildren, Kelsey (Clayton Wells), Pearce, Daniel, Jeremy, Sam, Emily and Jennifer, and one great granddaughter, Paden. Visitation at Weed-Corley-Fish (3125 N Lamar Blvd, Austin) from 6-8 p.m. on October 10, family burial at Giddings City Cemetery on October 12 at 10 a.m., and celebration of life worship service at Redeemer Lutheran Church (1500 W Anderson Ln, Austin) on October 14 at 10:30 a.m. In lieu of flowers, you may donate to Concordia University Texas, designating the Ray F. and Jane Martens Scholarship Endowment.
See more See Less

In Memory Of The Rev. Dr. Ray Fred Martens