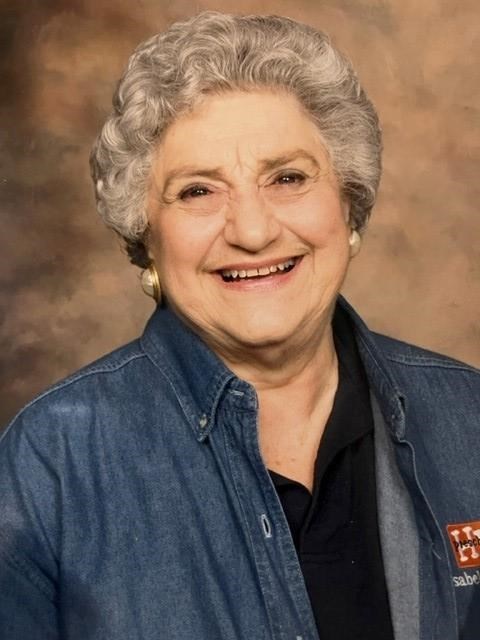 Wanda Chesser Jackson “Punkie” – Sept 17, 1935 – Sept 9, 2022 Wanda Jackson went to be with the Lord on Sept 9, 2022 at the age of 86, where she lived in Austin, Tx. She was born on Sept 17, 1935 in Tulsa, OK and was the daughter of Fred and Marie Chesser. She met her husband while attending John Brown University and was married to Robert William Jackson Jr “Bobby”, for 63 years before he passed away in Dec 2020. She is survived by her sister and brother-in-law, James and Janelle Decker who live in Arizona. Wanda graduated from John Brown University in Siloam Springs AR, along with her husband in 1957. Wanda was a former school, teacher, loving wife, mother and grandmother, and great grandmother mother. She had five children, 14 grandchildren and two great grandchildren. Wanda was passionately involved in serving others in many functions including her alma matter - John Brown University in Siloam Springs, AR (voted most popular girl) and Hyde Park Baptist Church in Austin, Tx., as well as many other Christian charitable organizations and missions. Wanda was an incredibly loving caretaker to all who needed help, love and support in any way. She was known as a “mother to all” beyond her own family, and always put the needs of others before herself without hesitation. The foundation of Wanda’s life was built on her devout faith in her Lord and Savior, Jesus Christ which she demonstrated through all actions of her life. She was a true example of living like Jesus. Her personality would be described as having a wonderfully positive strength that was always evident to anyone she encountered and a special sense of humor that was present even through difficult times. She loved to make people laugh and smile. Wanda will be greatly missed and always loved by her family, friends, and all who she blessed through her loving kindness the selfless giving throughout her life. Wanda and her husband Bobby lived the majority of their lives and retired in Austin, TX. She raised four daughters and one son. She was survived by Her children and their spouses – Kathryn and Wayne Foster, Terri and Mike Frost, Robert and Melissa Jackson, and Kimberly and Doug Franzen. Her grandchildren. – Mark and Kelly Frost, Max Frost, Shane Reddell, Taylor Corie, Nicholas Frost, Zach Frost, Sydney Frost, Ali Banks, Peyton Corie, Ben Jackson, Preston Corie, Hunter Franzen, and Brayden Franzen. Her great grandchildren – Annie and Garrett Frost. She was proceeded in life by her parents - Fred and Marie Chesser, mother and father-in-law Robert and Kathryn Jackson, her brother Bill Chesser, daughter Deborah Jackson and grandson Mike Frost Jr. The family will receive friends and family for a visitation on Saturday, September 24th from 9-10 AM with a funeral service to follow at 10 AM at Weed-Corley-Fish Funeral Home located at 5416 Parkcrest Drive, Austin, TX 78731 with interment to follow at Austin Memorial Park.
See more See Less

In Memory Of Wanda "Punkie" Jackson