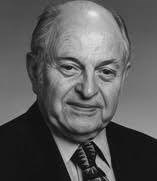 Bill Hilgers passed peacefully out of this life at 95 on July 17, 2020; but this was not the first time Bill had faced death. At the age of 18, he survived 30 bombing missions over Germany, crash landing on the last mission in Belgium. Later, he survived a gas pipeline explosion, a hunting accident, a raging, thousand-pound cow, and beat cancer not once, but three times. Bill was a tough guy! However, when cajoled into talking about his life, Bill said that he never expected to live past the war, so every day since has been a gift. Bill was born on December 31, 1924 in Lockhart, Texas, the son of Harry Hilgers and Minnie Jo Hilgers. He was predeceased by his sister, Catherine Hewlett and is survived by his brother Harry Hilgers. He graduated from Lockhart High at 16 (where he excelled in debate and music) and was accepted at the University of Texas in Plan II (where he sang opera and played the trumpet in numerous bands). However, the happy school life ended when Bill lied about his age in order to join the Army Air Corp and serve as a bombardier navigator. After the Belgium crash, in the spring of 1945, Bill was sent to Big Spring, Texas where he met the enchanting Sara Lamun on a blind date. Bill, who was no dummy, immediately recognized his good fortune and they were married in December of 1945. Their marriage was a happy and successful one until Sara predeceased him in 2014 at the age of 92. After the war, Sara and Bill moved back to Austin, where he returned to UT, studying accounting and law while continuing his interest in music as an avocation. After opening up an accounting firm with his father Harry, he began a sixty-five-year career as a lawyer with an emphasis on corporate, tax, and estate planning. In 1977, Bill founded the law firm, Hilgers & Watkins, where he worked alongside his long-time partner, Tom Watkins, to improve the disciplinary process of the Bar. Bill was passionate about legal ethics and served as chair of both the Travis County and the Texas Bar Association Board of Directors. He was a founding director of the Texas Center for Legal Ethics and Professionalism. Recently, the Austin Bar Association named their new building, “Hilgers House”. He had too many important people in his life to mention, but one that must be acknowledged is his lifetime friendship with Justice Thomas Reavley. Bill’s interest in music never waned. He sang in his church choir for 40 years. He served on the Boards of KMFA and Austin Symphony, as well as the advisory board of Conspirare. Most important to him was his service on the Board of the James Dick Foundation and Festival Hill at Round Top. Bill invested hundreds of hours helping the Foundation get off the ground and flourish. His friendships with James Dick and Lamar Lentz at Round Top were two of the most important in his life. He was at his happiest sharing a concert with Sara at Round Top. Underlying most of what he did, Bill also had a deep spiritual life. This life centered around the University Christian Church where he was a Life Elder and founding member. If this was not enough, he was also Chair of the Texas Bible Chair and served as the President of the Christian Church of Texas. Long an advocate for the study of religions, Bill worked to establish the Foundation for Religious Studies at the University of Texas. Bill was an unrelenting force for good during his life. An advocate for justice, equal opportunity and community development, even in his waning years he was looking for worthy causes to support. A complete list of his community service is too large to include, but these are a few. He fought for school integration during the 1950s. He was Chair of the Del Valle School Board for six years. He was appointed Chair of the Human Opportunities Corporation during President Johnson’s War on Poverty. He was a founding board member of the Travis County Legal Aid Society. He served on the Lola Wright Foundation Board for 30 years. Bill also had the good fortune to become a founding director of the Barbara Jordan Freedom Foundation. While Sara lead the initiative, Bill helped her in the founding of the Elroy Community Library and the East Travis County Library District. Another of his eclectic passions was organic farming. For most of their married lives, Bill and Sara lived on a working farm two miles north of Elroy, Texas just outside of Austin. Stoney Point Farms, true to its name, was always a challenge but Bill, along with Alex Smithwick, his trusted farm manager, was successful in raising organic crops for the cattle and horses. Bill was constantly trying new complicated ideas and plans (some more successful than others) to transform Stoney Point to a state-of-the art organic farm. He was never more excited than when talking about some new concept promising to solve a soil deficiency. Bill is predeceased by his wife, Sara and his son John. He is survived by his three children; Sara, Paul (Nancy), and David (Joan); his grandchildren: John Michael, Sydney Hilgers Popovich (Jason), Lauren Hilgers (Taylor Price), Kelly Winship (Adam), Matthew Hilgers (Heather), and Blakely Scott (Aaron). He is also survived by his great grandchildren: Aster and Isaac Winship, June and Zella Hilgers, Maedee Scott and Vincent Hilgers. He is also survived by very loving nephews and nieces who meant a great deal to him. The family would like to give special thanks to the staff at Westminster Manor, particularly Patricia Wilson and Yolanda Cabrera for their miraculous kindness and care. The family will plan a Memorial Service when it is safe to do so. In lieu of flowers, please make any donations to the James Dick Foundation or KMFA.
See more See Less

In Memory Of William Blanks Hilgers