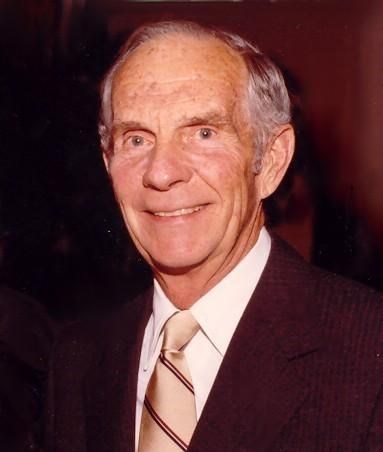 William Bremond Houston William Bremond Houston was a true gentleman of Old Austin, but to his many friends, his children, his grandchildren, and his great-grandchildren, he was, quite simply, Bill. Son of Hallie Bremond and Hale Houston, Bill attended Miss Hubricks School, Pease School, Austin High School, and the University of Texas. He began his business career in Austin in the John Bremond Wholesale Grocery Company, and later became involved in Austin real estate and in the Powell Houston Partnership. He was a lifetime athlete as a sailor and golfer. He was one of the founders of the Austin Sailing Club, later to become the Austin Yacht Club, and he sailed competitively in regattas and played golf all over the world. He is survived by his beloved wife of 32 years, Virginia Houston, his son Will and wife Tina Houston, daughter Louise Houston, step-daughter Fran and husband John Hillyer, step-son Robert Lockart and wife Carol; grandchildren June Chandler, Margaret Von Hofwegan, John Rogers, Elizabeth Beal, Leslie Bryant, David Houston, Bradley Houston, Nathan Hillyer, Matt Hillyer, Christopher Lockart, and Julia Lockart; great-grandchildren Katie Chandler, Grace Von Hofwegan, Anna Von Hofwegan, Houston Beal, Blakeley Beal, and Naomi Hillyer; sisters Hallie Houston Burns and Catherine Houston Umstattd. Bill will remain in the hearts of all who loved him for his grace and humor and for his fixed devotion to an ideal of fair and civil conduct. Services will be held on Tuesday, July 20, 2004 at 11:00 a.m. at The Good Shepherd Episcopal Church, 2205 Moffett Drive. Memorial contributions may be made to the Scottish Rite Hospital for Children, 2222 Welborn, Dallas, Texas 75219. Arrangements by Weed-Corley-Fish Funeral Home, 3125 N. Lamar, Austin, TX 78705  (512) 452-8811 You may view memorials online at wcfish.com
See more See Less

In Memory Of William Bremond Houston