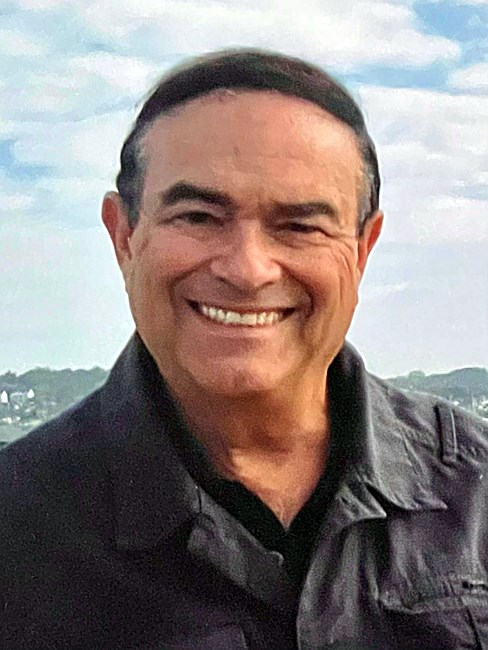 Francis Xavier (Frank) Carnese, Jr., was a loving and devoted husband, father, grandfather, brother, cousin, uncle, and friend. He passed away peacefully in Florida on July 9, 2022. Frank was the eldest child of Francis and Natalie Carnese, born on May 22, 1944 in Queens, NY. He was predeceased by his wife, Loretta, and is survived by their son, Adam, daughter-in-law, Eileen, and grandchildren, Lucy and Jack. He also was predeceased by his sister Elvira, and is survived by his sisters Carol and Natalie, as well as many cousins, nieces, nephews and other family members. Frank and his family moved in the early 1950s to Roslyn, NY, where he lived throughout the remainder of his childhood. Frank graduated from Chaminade High School in 1962, and then attended Niagara University, graduating in 1966. Frank was extremely proud of the more than 30 years that he devoted as an educator and administrator in the Brentwood School District, working for the majority of that time at East Junior High School. He spoke of those years often and fondly, and was still in touch with many of his fellow teachers, administrators and former students. In 1984, Frank earned his Master of Science in Clinical Social Work from Adelphi University and went into private practice as a family therapist with Loretta while continuing to work for several more years in Brentwood. As an educator, school administrator, and family therapist, Frank helped and supported countless people throughout their lives, making an indelible impact on many. Frank and Loretta met during the early years of Frank’s career in Brentwood, and were married for 49 years, first living in Babylon, and soon after moving to their home in West Islip. They shared a love of travel, cooking, theater, opera, movies and so much more. Their house was often filled with people, and Frank loved nothing more than entertaining family and friends, especially at the holidays. Frank loved to cook and enjoyed sharing great food, great wine, and great stories. Frank was the proud and loving father of his and Loretta’s son, Adam, and daughter-in-law, Eileen, and even more proud, loving and adoring grandfather of Lucy and Jack. He loved spending time with his grandchildren, especially fishing on the Great South Bay, taking in a Mets game or movie, watching the races at Belmont, and tending his garden with them. He was their biggest fan, encouraging and supporting them in all that they love to do. Living on Long Island his whole life, Frank had a tremendous love of the water. He was an extremely knowledgeable and passionate fisherman, and was happiest on a boat, fishing with friends and family from the Great South Bay to Montauk to the Long Island Sound. Naturally, some of his best adventures -- and best stories -- involved time spent on the water. Frank also loved to play golf, host card games, watch horse racing, garden, and spend time with his faithful dogs, but most of all he loved to be around people. He was at his happiest surrounded by his beloved family and friends, and organized a large Carnese family reunion at his home just a few summers ago, which brought him such excitement and joy. For the past year, Frank has been battling MDS, a rare bone marrow disorder, which gradually took from him his energy and ultimately his ability to do all the things he loved. He was made comfortable in his final days near his winter home in Stuart, Florida, surrounded by family and friends. Please make donations in Frank’s memory to the Jupiter Medical Center Foundation in support of the Progressive Care Unit, which cared for Frank so beautifully in his final days. For online donations: https://www.jmcfoundation.org/ways-to-give/donate/ - In the ‘Area of Support/Fund’ section, choose “Give to JMC Greatest Need” from drop down list. - In the ‘In Memory of’ section, add Frank’s name. - In the ‘Leave a Comment’ section (at very bottom of page), write “For Progressive Care Unit”. For donations by check: Jupiter Medical Center Foundation 1210 South Old Dixie Highway Jupiter, FL 33458 Write “For Progressive Care Unit” in memo. Fond memories and expressions of sympathy may be shared at www.Boyd-Spencer.com for the Carnese family.
See more See Less