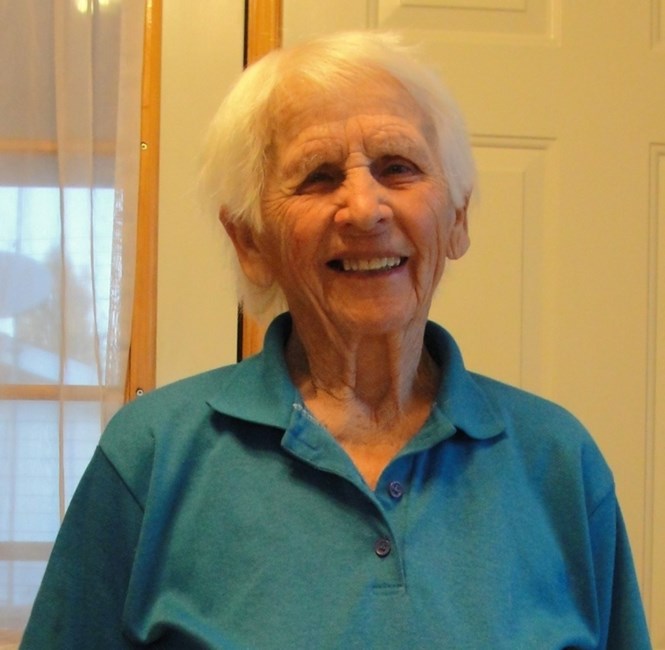 Wilhelmina Neitsch (nee Pansegrau) October 19, 1928 – January 15, 2022 Wilhelmina passed away at the Rivercrest Continuing Care facility in Fort Saskatchewan, Alberta at the age of 93. She was a long time resident of Manola and Barrhead. She will be remembered by her daughters Doris (Glen) Partridge, Linda (Ron) Savard, and her grandchildren Sean Partridge and Amanda (Luca Properzi) Partridge. Also, by her sister Melitta (Erwin) Witzke, her sister in law Ella Neitsch, and numerous nieces, nephews, cousins, and friends. She was predeceased by her husband Henry Neitsch, her parents Anna and Waldemar Pansegrau, and brothers Theo and Michael Pansegrau. Wilhelmina was born in Borki, Poland, and with her husband Henry, emigrated to Canada by way of the USA after WW2. In 1959, they bought a farm in Manola and later more land in Highridge. Both eventually became successful enterprises. In 1991, they retired to a house they built in Barrhead. Wilhelmina will be remembered for love of farming, being a hard worker, having a bountiful garden, her love of family, and being a homebody. A private service was held on January 25, 2022 at Rose Garden Chapel, Barrhead, with Pastor Ben Wyatt officiating. Interment has taken place at St. John's Lutheran Cemetery, Barrhead, Alberta. The family wants to thank everyone in the community for their long term friendship and support to Wilhelmina. You were important to her. Expressions of sympathy may be forwarded to the family by visiting rosegardenchapel.com
See more See Less

In Memory Of Wilhelmine Neitsch