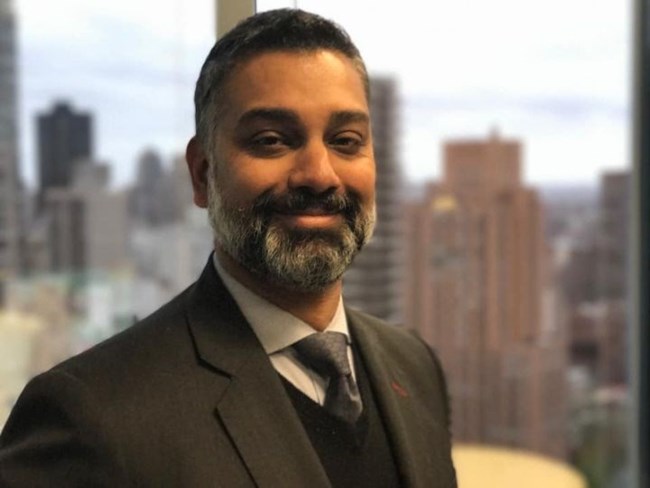 It is with great sadness that on Saturday September 25th, 2021, Chris Narayanan, resident of Bartlett TN, passed away at the age of 46. Chris was born in New Brunswick, NJ on October 14, 1974. He graduated from Manalapan High School in June of 1992 prior to attending Penn State for two years. After completing his sophomore year, he enlisted in the Marine Corps in May of 1994 where he spent three months in boot camp at Quantico before being stationed at Camp Lejeune where he completed three tours to Okinawa, Japan; Europe, and Kuwait. After being discharged as an active duty Marine infantryman in May 1998, he joined Texas A&M in June where he continued to keep close ties to his alma mater to date. He graduated in 2000 with a degree in agricultural economics with a focus on farm and range management. While continuing to serve in the Marine Corps Reserve, he received a master's degree in rangeland ecology and management from Texas A&M in 2003 as well. While at A&M, he competed on the university's rodeo team. He rode bare bronc and was a member of the Professional Rodeo Cowboys Association. He carried his PRCA card in his wallet long after he stopped riding. Chris completed his MBA at the University of Texas’ Macomb School of Business in 2007 while working for a hedge fund in Dallas and then later moved to New York to work at Morgan Stanley. From 2011 to 2016, he was head of Agricultural Commodities Research at Societe Generale (Soc Gen) investment bank in New York where he met his wife, Aparna, prior to moving to Memphis, Tennessee. In 2017, Texas A&M's Department of Agricultural Economics awarded him with its highest honor, inducting Narayanan into the Tyrus R. Timm Honor Registry. In July 2020, he had been working as a farm-management specialist for the University of Tennessee’s Ag extension and had just begun pursuing a doctorate of liberal studies (DLS) this year at the University of Memphis which focused on an interdisciplinary study on the intersection between food policy and national security. Chris was an avid reader who always enjoyed learning and challenging himself. He, also, enjoyed the great outdoors often going fishing and hunting with his friends but his favorite pastime is where he could be found up early on a Saturday morning with his smoker going with either brisket or ribs, watching SEC football with his wife. Chris was also a man of his faith. As a member of Faith Baptist Bartlett, he was involved in many church activities such as community groups, one on one discipleship, men’s ministry, and volunteered on the church security team . As a veteran, he knew the importance of supporting other veterans and had started a veterans ministry at church hoping to connect the dots for veterans transitioning to civilian life with a purpose driven life in Christ. Chris is survived by his wife, Aparna Basu Narayanan; his parents, Kanthi and Nani Narayanan; his brother and sister in law, Raj and Shivani Narayanan; and his nephew, Milan Narayanan. A visitation for Chris will be held Saturday, October 9, 2021 from 9:00 AM to 11:00 AM at Faith Baptist Church, 3755 North Germantown Parkway, Bartlett, TN 38133 with the funeral service to follow. The committal service will be Monday, October 11, 2021 at 9:00 AM at West Tennessee State Veterans Cemetery, 4000 Forest Hill Irene Rd, Memphis, TN 38125. A reception will follow the committal Monday, October 11, 2021 from 10:00 AM to 12:00 PM at Memphis Funeral Home and Memorial Gardens, 3700 North Germantown Parkway, Bartlett, TN 38133. Fond memories and expressions of sympathy may be shared at www.MemphisFuneralGermantownParkway.com for the Narayanan family.
See more See Less

In Memory Of Christopher R. Narayanan