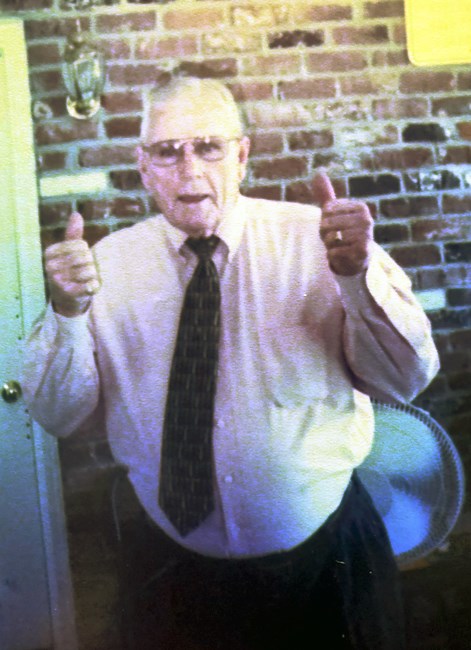 Reverend Gene Medford, 94, of Memphis, Tennessee went to be with his Lord and Savior Jesus Christ on January 15th, 2022. He was born to the late Walter and Jennie Medford on October 22nd, 1927 in Ripley, Tennessee. Along with his parents, he was preceded in death by his wife, Peggy Medford; his daughter, Eugenia Medford; his son, Bobby Medford; his granddaughter, Eugenia Medford; his brothers, Bill Medford, Don Medford, and Paul Medford; and his sisters, Minnie Lane, Ruby Neil, Faye Smith, Sue Wilder, and Dorothy Prater. Gene is survived by his son, Alex Milton; daughter, Sue Culbertson; daughter in law, Robin Milton; grandsons, Mike McCollum, Adam Dean Milton; 2 great-grandchildren; his brother, Charles Medford; and his sisters, Ann Ozmen and Evelyn Goforth. Memorials may be made to God’s Amazing Grace 1188 Joe Joyner Rd., Munford, TN 38058. Family will receive friends from 1:00pm to 2:00pm on Thursday, January 20th at Memphis Funeral Home and Memorial Gardens, 3700 N. Germantown Rd, Bartlett, TN. Services will follow at 2:00pm. Fond memories and expressions of sympathy may be shared at www.MemphisFuneralGermantownParkway.com for the Medford family.
See more See Less

In Memory Of Rev. Gene Medford