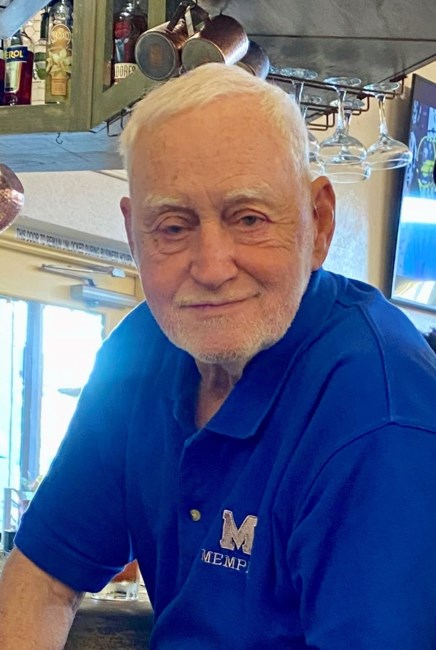 George E. Bass, Jr., 84, of Memphis, Tenn., passed away January 20, 2023. He was born in 1938, to George E. Bass, Sr., and Vickie Janelle Baham in Amite, La. In 1956, George graduated from Amite High School and went on to earn a Bachelor of Science from Southeastern Louisiana College in Hammond, La. Following graduation, George began working at Ethyl Corp. in Baton Rouge, where he met Patricia (Pat) Anne Embree. The two married in 1963. George continued his education, studying for a time at Princeton University before earning his Doctorate of Theoretical Physics from Vanderbilt University in Nashville, Tenn., in 1970. George then began his lifelong career as a professor in the College of Pharmacy at the University of Tenn. (UT) in Memphis, Tenn. George and Pat also began their family during this time, having two children, Brian Bass and Shannon (Bass) Carter. Throughout George’s tenure as a professor and continuing beyond his retirement in 2007, George remained a lifelong student as he sought to understand the universe and the origin and meaning of life. He fed his intellectual curiosity through scientific and philosophical texts that crowded nearly every flat surface in the house. He also made regular solo trips to the desert to explore and write. An unassuming pioneer, George was also an early developer of software for the healthcare industry and invented new fire-retardant textiles to help save lives. George’s intellectual side was balanced by his playfulness and sense of humor. He was known for his impromptu performances of Froggy Went a Courtin’. He was also active in recreational sports — playing soccer into his 60s and then racquetball before joining the pickle ball craze — as well as adventure travel: George hiked the Grand Canyon several times, even braving a two-week trip that included camping and rafting the Colorado River through the canyon corridor. George is preceded in death by his parents, George and Vickie, as well as his four siblings: Victoria Henrietta "Vicki" Bass (Wilkins), Shirley Wayne Bass (Ellzey), Billie Jean Bass, and Mildred Ann "Millie" Bass (Spence). George is survived by his wife, Pat; his children, Brian and Shannon; his daughter-in-law, Eleanor Bass; his grandchildren, Finley Carter, Camerin Kounnorath, and Kaylyn Kounnorath; as well as numerous cousins, nieces and nephews. A Celebration of Life Service will be held at Memphis Funeral Home and Memorial Gardens, 3700 North Germantown Parkway, Bartlett, TN, 38133, on Saturday, February 4, at 2 p.m. In lieu of flowers or live plants, the family requests donations be made to St. Jude Children’s Research Hospital in his honor. Fond memories and expressions of sympathy may be shared at www.MemphisFuneralGermantownParkway.com for the Bass family.
See more See Less