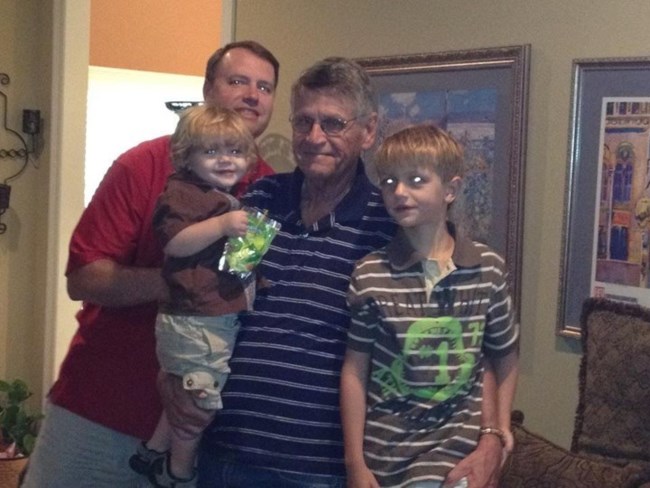 Richard Allen Cochran, 79, of Cordova, TN, passed away on September 18, 2022 from natural causes. Dick was born in Denver, Iowa on October 23, 1942 and was adopted by Oliver and Eleanore. He was a graduate of North Tama High School. He married Judy Walther on July 16, 1966 at St. Paul United Church of Christ in Denver, Iowa with whom he had two sons, Tim and Shawn. He worked for many years as a corporate hardware buyer for companies such as Whites Hardware and Ace Hardware. His work took him all over the United States to places such as: Lincoln, Nebraska, Aurora, Illinois, and Wichita Falls, TX but a move in 1985 took him and his family to their permanent home of Memphis, TN. Dick was a voracious reader and enjoyed books pertaining to history and spy novels by writers such as Tom Clancy. Dick was also an avid fan of sports, in particular, the Atlanta Braves and the Dallas Cowboys. However, Dicks greatest joy in life was his two grandsons, Jackson and Eli. His eyes glazed over with delight the minute that each of them was born. Dick was preceded in death by his parents, Oliver and Eleanore, his wife, Judith Kay Walther Cochran and his son, Timothy Lee Cochran. He is survived by his son Shawn Michael Cochran and wife Jenna Holloway Cochran and his grandsons Jackson Shawn Cochran and Elijah Timothy Cochran. Pallbearers in addition to his grandsons will be his nephews Erik Walther and Austin Walther, and family friends Mark Harris and Jim Guess. Funeral services will be held at Memphis Funeral Home, 3700 N Germantown Pkwy, Bartlett, TN on October 8, 2022 with visitation starting at 9AM immediately followed by the service at 10AM with Jeff Roach of Hope Church officiating. There will not be a graveside service to follow. Donations in lieu of flowers may be made to Donate Life America or Mid-South Transplant Team. Fond memories and expressions of sympathy may be shared at www.MemphisFuneralGermantownParkway.com for the Cochran family.
See more See Less

In Memory Of Richard A. Cochran