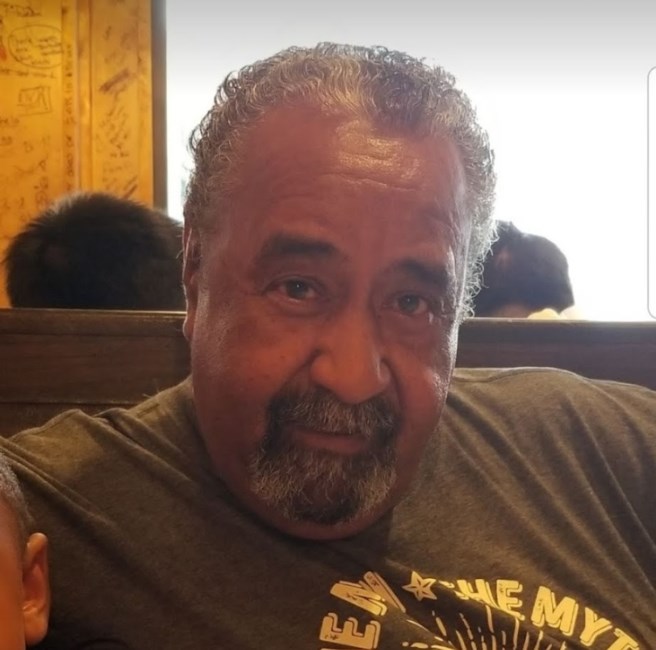 On September 7, 2022, God in His infinite wisdom called Clarence Wayne Holt home from labor to reward. Wayne, as he was affectionately called by family & friends, was born on December 4, 1952. He was the only son to the late Willie C. and Mildred (Hairston) Holt of Bassett, Virginia. Wayne attended the Henry County Public Schools and graduated from JD Bassett High school in 1971. Shortly thereafter, he served in the US Army, which is where his love for cooking started. After his time in the military, Wayne returned to his hometown and married his former spouse, Janice Wimbush (Rahmaan). To this union, Jeremy Wayne Holt and Erika Holt Dawson were born. Wayne moved to Northern Virginia in the late 80's, where he began a career as a Copier Technician with Ricoh Worldwide that spanned over 30 years. After retirement, he worked part-time as a cook at Hairston's Adult Home. Wayne truly loved his job but mostly he enjoyed helping others, and watching people enjoy his cooking. Wayne worshiped at Gethsemane Pentecostal Holiness church. He loved playing the Bass Guitar and did so for many years with the Family Five quartet. He also shared his love of the guitar by playing with several choirs at his home church and at family events. In his spare time, Wayne enjoyed cooking and spending time with his two grandsons, Cole and Carter. They brought him so much pride and joy. He would video call them almost daily to say hello and to hear about their day. Wayne was charming, charismatic and everyone who knew him loved him. He had a heart for people and would often visit, call or text to check on family and friends. He also enjoyed spending time outdoors, whether it was working in the yard, gardening, hunting or fishing. Wayne was preceded in death by his parents, Willie (Bus) and Mildred Holt; maternal grandparents, James Issac and Bertha (Gallant) Hairston; his paternal grandparents, Joseph and Alice (Sheffield) Holt; along with his nephews, Anthony Sherod Prunty and Shane O'Brien Prunty. Wayne leaves to cherish his memories: his son, Jeremy Holt (Dee Dee); daughter, Erika Dawson (Corey); Sisters, Casenio Prunty (Anthony) and Anita McGill (Shaun); nephew, Tyree Prunty (Christy); niece, Maya McGill; and grandchildren, Cole, Carter, Nekhya, Navaeh, and Delondre; and a host of aunts, uncles, cousins and friends. A visitation will be held on Friday, September 16, 2022 from 11:00 AM to 12:00 PM at the Greater International Pentecostal Holiness Assembly Building, 980 Carver Road, Martinsville, Virginia with a Celebration of Service to follow at 12:00 PM. Online condolences at www.collinsmckeestonebassett.com Collins Funeral Home is respectfully serving the Holt family.
See more See Less

In Memory Of Clarence Wayne Holt