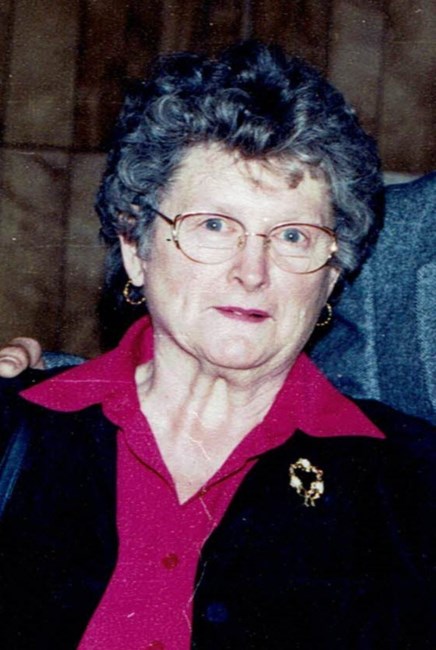 Sarah Alice Ferguson Holley, 85, gained her angel wings on Sunday, October 2, 2022, with her family by her side. Mrs. Holley was born August 9, 1937, to her parents, the late Samuel Davis Ferguson and Vina Gilley Mary Smith Ferguson. Sarah was married to Virgil L. Holley for 63 years until his passing in 2018. In addition to her parents and spouse, she is preceded in death by her sister, Joyce Marie Spencer; her brother, Harry Ferguson; two infant brothers including her twin, and two infant sisters. She is also preceded by her eldest child and beloved son, Alan Wayne Holley. Sarah was a wonderful artist, gardener, and crafter. She had many hobbies that included crocheting, doll collecting, cooking, pottery, and jewelry making, just to name a few. She was a very loving and kind mother, grandmother, great-grandmother, sister, and friend. She was a member of the First Assembly of God in Martinsville, VA. Left to cherish her memory are her children: Mary Diane Holley Blankenship Sigmon (Ricky), from Rocky Mount, VA; Dicie “Susie” Holley Turner, of the home; and Timothy Lee Holley, of Henry, VA. Her grandchildren: Karen Sue Holley Cole (Billy) of Roanoke, VA; Samantha Diane Turner Wood, of Henry, VA; Thomas Kristopher Holley (Shelia), of Bassett, VA; and Steven Wayne Turner (Erica), of Virginia Beach, VA. Her great-grandchildren: Carter Maydian and Riley Maydian, of Roanoke, VA; Daniel Carlson and Olivia Philpott, of Henry, VA; and Jade Turner, of Virginia Beach, VA. Her sisters: Patricia Schmidt (Ron), of Memphis, TN; Peggy Brown, of Henry, VA; and Sandra Richardson, of Bassett, VA, along with several nieces, nephews, and cherished friends. The family would like to give special thanks to Carilion Clinic Hospice - Franklin for their wonderful and supportive care. A Graveside Service will be held on Wednesday, October 5, 2022, at 11 a.m. at Roselawn Burial Park, with Reverend Tom Siddle officiating. In lieu of flowers, anyone wishing to make a memorial gift may wish to consider the Friends of the Family Resource Center, PO Box 188, Rocky Mount, VA, 24151, with a notation "in memory of Sarah Holley". Funds will be used to support domestic violence victims in Franklin County; or Carilion Clinic Hospice – Franklin, 390 S Main St, Suite 314, Rocky Mount, VA, 24151. Collins Funeral Home is respectfully serving the Holley family.
See more See Less

In Memory Of Sarah Ferguson Holley