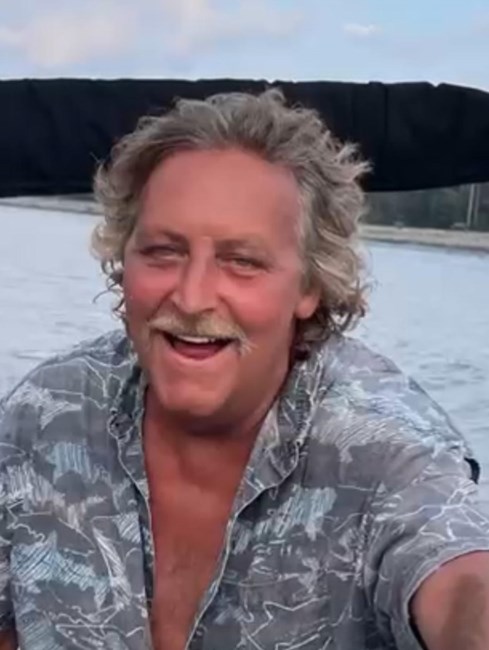 Bart was born April 1, 1962 in Baton Rouge LA. It seems only fitting that Bart was born on April Fool’s Day (!) because he loved to make people laugh and very good at one liners that always make you smile. Growing up, Bart enjoyed all sports playing football, basketball, baseball, tennis and swimming. He spent countless hours in the pool at the Kilowatt Club as a lifeguard or just enjoying the pool and the many kids that hung out there. The water was where Bart was happiest and on his Stage, whether he was fishing, boat riding or just anchored at the sand bar or a beach. Bart could do or make anything and more importantly, would do anything for anyone. He loved helping people and he had the biggest, kindest heart. His non-judgmental attitude was so contagious. He loved everyone, especially his family. He always called himself everyone’s favorite cousin, favorite nephew, and little did he know he was! He always had a smile that made you feel good. He truly never met a stranger, and everyone who knew him thought they were his best friend. Bart always lived life to the fullest. He always said he had the best life he could imagine. He said he did everything he wanted to and did things most people only dream of. Everyone that worked with Bart always wanted him on their job, as he made it fun, could always get it done and was always dependable. He was truly “one of a kind.” Besides his family and friends, he also loved his dog “Bugger.” Bart is preceded in death by his grandparents, Nicholas and Ruby Verret and Robert J and Brenice East, and his father, Richard “Pops” East. Those left to cherish and relive his many memories and stories are his sweet mother Sue Verret East, brother Brett East, niece Amber East, nephew BJ East, and his former spouse and lifelong friend Missy Palmer, along with aunts, uncles and many cousins that will miss him dearly. Serving as Honorary Pallbearers are: Walter “Capt Walt” East, Daddy Rabbit, Grant “Red” Meadows, Artie Hudson, Jeff “Coach Shake” Schexnaider, Chris Pierce, Blake Cook, BJ East, Scott Shelley, Kevin Rodriguez, Mike “Cowboy” Tranchina, Gene White, Kevin Garcia and Mike Siegel. Visitation for Bart Steven East, 60, of Baton Rouge LA will be held at 1:00 pm Saturday January 28, 2023 at Rabenhorst Funeral Home, 11000 Florida Boulevard in Baton Rouge, followed by a memorial service at 2. Special thanks to the nurses at Oschner Hospital who made Bart feel comfortable and loved.Memorials can be made to St. Jude Children’s Hospital or a charity of your choice.
See more See Less

In Memory Of Bart Steven East