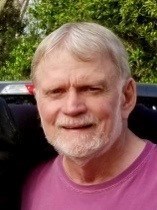 Jack L. Kirkendoll, age 72, passed away on Friday, September 16, 2022. He was born in Joplin, Missouri, raised in Baxter Springs, Kansas and was a long-time resident of Baton Rouge. He is survived by his wife, Mary Ann Kirkendoll; daughters Paige McClincy of Charlottesville, VA, Hunter Ahern of Edmonds, WA, and Michele Dawson of Katy, TX. Surviving grandchildren, to whom he was known as "Papa", are Jack and Molly McClincy of Charlottesville, VA; Gabriel, Parker and Emerson Ahern of Edmonds, WA. He was preceded in death by his parents, Jack and Betty Kirkendoll, his sister Pam Conrad and brother, Terry Kirkendoll. Jack started out working for Cracker Barrel convenience stores, then Jones Sign Company. He finished his career working alongside his brother at Terry Kirkendoll Co., a very successful steel fabrication equipment sales company. Jack was an outdoorsman who enjoyed hunting and competitive air gun shooting. He was instrumental in establishing the Bayou Airgun Club in Baton Rouge. He also enjoyed being a member of the Single Action Shooting Society and spent time researching the Kirkendoll genealogy with his brother. A memorial service will be held at a later date. The family would like to express their deepest appreciation and gratitude to Mary Bird Perkins Cancer Center, Saint Joseph Hospice and the staff at Carpenter House for the warmth and compassion shown to Jack and his family.
See more See Less

In Memory Of Jack L. Kirkendoll