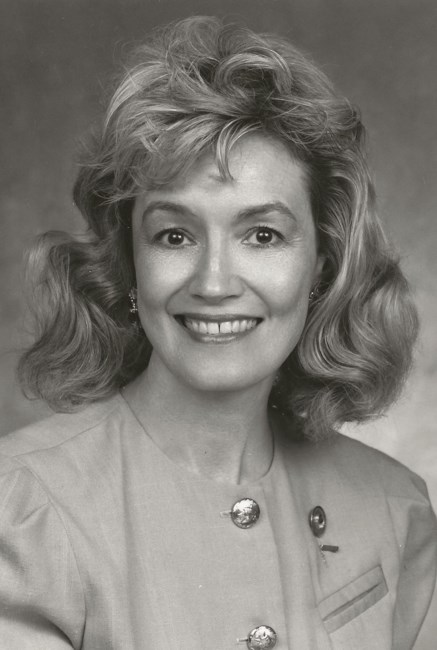 Jacqueline Greer Bourgeois, known by those close to her as Jacquie, passed away peacefully on Wednesday, January 18, 2023, in Baton Rouge, Louisiana at the age of 80. She was a graduate of St. Joseph’s Academy and attended L.S.U., where she was a member of the L.S.U. Golden Girls. Jacquie was the Vice President and Director of Public Relations at Union National Life Insurance Company, where she worked for over 20 years alongside her father, Fred Greer. She was the past president of the International Association of Business Communicators (Baton Rouge Chapter), the past board president of the Public Relations Association of Louisiana (Baton Rouge), the past president of the Baton Rouge Ballet Theatre Board, and a member of the Baton Rouge Opera Board. Jacquie approached life with kindness and compassion, as was demonstrated by her service on the Baton Rouge Child Protection Council and through volunteering her time with many organizations, including the United Way, the Louisiana Capital Area American Red Cross, and YWCA. She had a passion for ballet, photography, painting, and drawing, and she loved sharing those talents with others in the Baton Rouge community. She studied at the Baton Rouge Fine Arts Academy for eight years and created the paintings for two company calendars for Union National. Jacquie never met a stranger and always saw the good in people. She will be greatly missed. Jacquie is preceded in death by her parents, Phyllis Rosiere Greer and Fred J. Greer, Jr., her daughter Nicole Bourgeois, and her brother Fred J. Greer III. She is survived by her husband of 45 years, George Michael Bourgeois; her daughters, Monique Brown (Scott) and Christine Autin (Troy); her grandchildren, Aimee Bourgeois, Emma Brown, Aidan Negulescu, Brinkley Autin, Alexandra Bourgeois, Abbey Carroll, and Corey Bourgeois; and her sisters, Joyce Greer Perez (Al) and Phyllis Greer Tambs (Lew - deceased). The family would like to thank the kind and supportive staff of the Flannery Oaks Guest House and of Life Source Hospice. Visitation will be at Rabenhorst Funeral Home at 825 Government Street, Baton Rouge, Louisiana on Wednesday, January 25, 2023 from 5-8 p.m. On Thursday, January 26, visitation will be at 10 a.m. followed by Mass at 11 a.m. at St. Jude the Apostle Catholic Church, located at 9150 Highland Road. The burial service will immediately follow at Roselawn Memorial Park. In lieu of flowers, donations in Jacquie’s honor can be made to the Arts Council of Greater Baton Rouge (https://www.artsbr.org/donate).
See more See Less

In Memory Of Jacqueline Greer Bourgeois