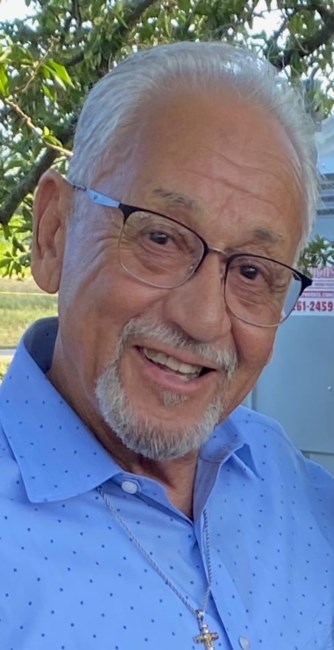 Marius W. Domingue, Sr. was born on February 16, 1936 in Pointe Coupee, Louisiana to the late Antoine and Zenobia LeDuff Domingue. Marius married the love of his life, Christine Domingue in 1956 and they had six children: Kawiana Domingue, Kasandra (Jeff) LeDuff, Marius Domingue, Jr., Christopher Dana Domingue, Dana (Troy) Albert and Christopher Jason Domingue. Those that lovingly call him Popa are Gary Johnson, Thaddeus (Shay) Johnson, Trimica (Orlando) Woodard, Michael (Emily) Domingue, Kelly (Shannon) LeDuff, Morgan Albert; 15 great; 3 great-great grandkids; one great grandchild on the way and one great-great grandchild on the way. He is preceded in death by his loving wife, Christine Domingue; parents; two sons, Christopher Dana Domingue and Christopher Jason Domingue; and his brother, Raymond Domingue, Sr. In addition to his four surviving children and grandchildren, he is also survived by his sister, Cynthia (Victor) Duhon, a host of nieces and nephews whom he loved very much. Marius was a Brick Mason for over 50 years before beginning his career with the East Baton Rouge Parish Sheriff’s Office where he worked until his retirement. In retirement, he was an author and enjoyed speaking about his book “Denying My Mother’s Eyes.” Marius will be missed greatly by all who knew and loved him. Visitation will be held at St. Jude Catholic Church on Tuesday, May 17 from 9:00am-11:00am. A rosary will be prayed at 10am and funeral mass will follow at 11am. Burial and repast will follow in Greenoaks Memorial Park & Funeral Home. Please visit www.greenoaksfunerals.com to leave condolences to the Domingue family.
See more See Less