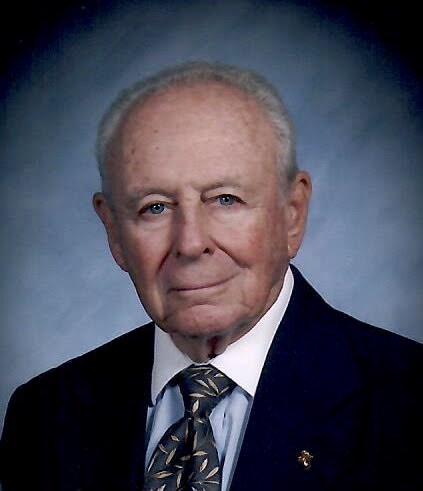 Robert “Bob” Young, 99, was born in New Orleans, LA, on April 10, 1923. He passed away in Baton Rouge, LA on August 4, 2022. Robert was a Navy Veteran who served in World War II, he loved golf, woodworking, and LSU football. Robert is survived by his children, Mark Young of Baton Rouge, LA, Joan Mattson (Greg) of Anchorage, Alaska, Denise McDonner (Terry) of Walker, LA, 6 grandchildren and 7 great-grandchildren. He is preceded in death by his wife of 53 years Dee Young, and his daughter Lee Fandal. A visitation will be held on Wednesday, August 10, at Rabenhorst Funeral Home East from 8am until service at 9am, conducted by Rev. Cary Bani. Burial will follow at Roselawn Cemetery. Pallbearers will be Mark Young, Terry McDonner, Greg Mattson, Paul Allement, Todd Hebert, Dave Mathews, and Phillip McDonner.
See more See Less