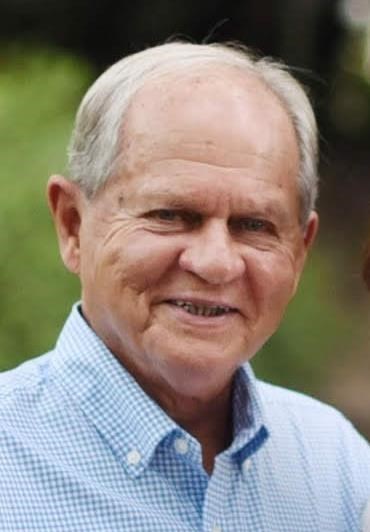 Ron Hay passed away on Monday, January 23, 2023 after a brief illness, but following a year of challenging health issues. Ron was born on June 23, 1939 in Havana, Illinois. He attended high school in Havana and earned his bachelor and masters degrees from Southern Illinois University in Carbondale, making him the first member of his family to earn a college degree. He had various professional experiences including working in Washington D.C. with the FBI under J. Edgar Hoover and in Detroit, Michigan at Ford Motor Company under Lee Iococa. He returned to employment at SIU and was eventually recruited to work at Louisiana State University in Baton Rouge in 1976 under Chancellor James Wharton. His task at LSU was to automate the entire student services processes, including recruitment, admissions, registration, records, and financial aid. He literally brought these services into the computer age. While at LSU, he wore many different hats, from acting Dean of the General College to Chief Information Officer. His accomplishments at LSU included administering many technology grants that benefited both LSU and the state of Louisiana, such as automating the state library systems. Many of these resulted in systems that remain in place to this day. As if all that was not enough, he also taught accounting and systems courses for the College of Business during his long tenure at LSU. His children, Sam and Katherine, attended University High and participated in as many sports activities as possible! Ron rarely missed a practice, never missed a game or match, and was often the only parent in the stands wearing a suit and tie. He retired from LSU in 2005 to become the chief chef and gardener in the Hay household. His passion for data and technology was turned off and his passion for cooking and gardening took over. He always had a good story to tell, always prefaced with “and this is a true story”. He met Theresa, his wife of almost 39 years, at LSU and they raised their family in Riverbend Subdivision. Ron never expected to have children, much less the four grandchildren that blessed their lives. Although he had many accomplishments in his professional life, he considered his children and grandchildren to be his greatest successes. He and Theresa spent their retirement years back in the stands, cheering, and in the classrooms, admiring their grandchildren. Ron and Theresa decided in 2015 to take another path in their retirement years and moved to the quiet town of New Roads, Louisiana. They found a home built in 1860 and proceeded to renovate and landscape to their hearts’ content! They were accepted into the community with open arms and met many new friends. Ron was preceded in death by his parents, Glenn and Joy Hay. He is survived by his wife, Theresa Rome Hay, two children and their families, Sam, Kali, Carter, Hutchinson, and Landry Hay and Katherine, Joe, and Carson Neal, his two sisters Barbara (Bob) Bennett and Glenda Terry, and numerous nieces and nephews. Theresa, Sam, and Katherine thank the care team that took such good care of Ron during this difficult year, especially Dr. Andrew Parks in New Roads and Dr. James Vermaelen in Baton Rouge. A celebration of life will be held in New Roads. Memorials may be made in his honor to the Arts Council of Pointe Coupee, P.O. Box 669, New Roads, Louisiana, 70760.
See more See Less

In Memory Of Ronald D Hay