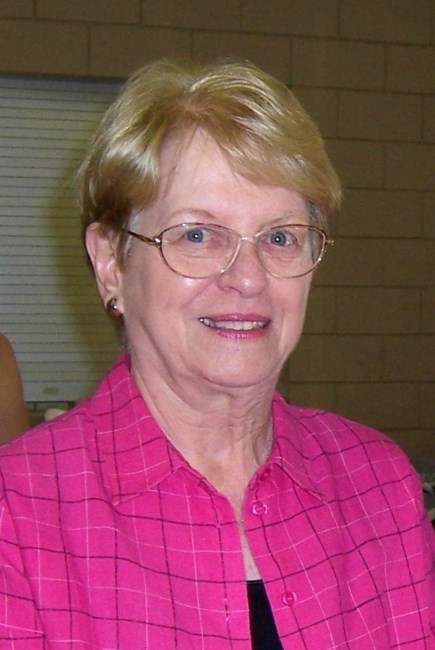 Dallam, Shirley (Beal) a devoted wife, mother, and grandmother, passed away peacefully in the hands of her family on Monday, May 9, 2022 after several years in memory care at St. James Place in Baton Rouge. She was 91. Shirley was born in Peterborough, NH on Sept. 15, 1930, daughter of Jarvis T. and Florence (Nott) Beal. She was raised in Pembroke, NH. She lived her teen years at her uncle's dairy farm in White River Junction, Vermont. She is a graduate of Bates College with a Bachelor's Degree in education. She enjoyed her college years and played collegiate basketball, then taught elementary school for several years before meeting the love of her life on a blind date. He was James Lawrence Dallam from Paducah, Kentucky; a Georgia Tech fraternity brother of a girlfriend’s visiting boyfriend. She had first skeptically wondered if a gentleman from Kentucky even wore shoes. But she was smitten when she saw the tall, lanky ‘hillbilly’ who was indeed wearing shoes—a pair of white bucks just like the popular singer Pat Boone. They hit it off and she showed him how to snow ski that same day. She married Larry on November 20, 1952. They first lived in Atlanta, then Newport, Rhode Island (during Larry’s Navy ROTC commitment) and then briefly in Rochester, New York before settling down in Baton Rouge in 1958. They were long-standing and active members of Trinity Episcopal Church. Shirley was full-of-life and endlessly creative. She played piano, guitar, and golf and was a talented seamstress of quilts, children’s dresses, tennis racket covers, and dog beds at different times in her life. She was intelligent and clever, always quick with a poem or made-up song lyrics for the joy and entertainment of those around her. She is preceded in death by her loving husband of 52 years, Larry Dallam of Baton Rouge. She is survived by a son and daughter-in-law, Jim and Joan Dallam of Greenville, SC and Louisville, KY; and a daughter, Laura Dallam of Baton Rouge. She has two granddaughters, Emily Copp (husband Adam) and Sarah Workman (husband Michael). She has two great grandchildren, Julia and Jacob Copp, and one great granddaughter on the way (Baby Workman). She is remembered by the extended family of both her and Larry’s late siblings, including nephews, nieces, their spouses, children and grandchildren from Connecticut to California. Her family would like to extend their gratitude to the compassionate and committed caregivers at St. James Place as well as the friends who have kept her in their hearts and prayers in recent years. A memorial service is tentatively planned for September 17, 2022. In lieu of flowers, memorial donations may be made to Trinity Episcopal Memorial Fund and Hospice of Baton Rouge.
See more See Less

In Memory Of Shirley Beal Dallam