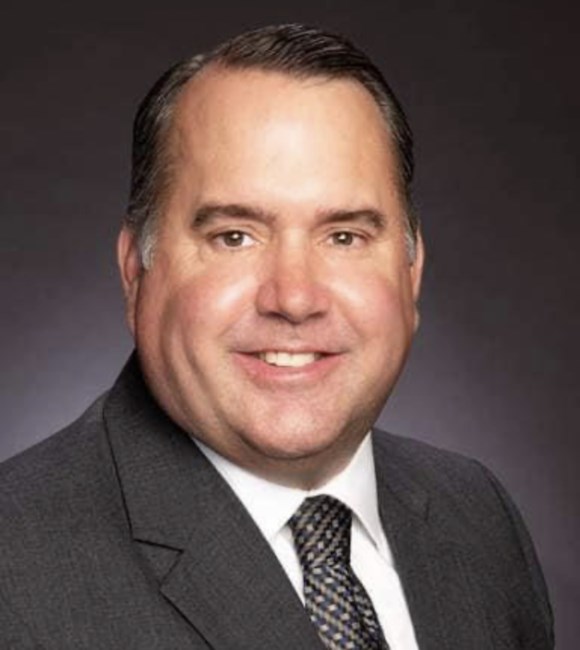 “I’d like the memory of me to be a happy one. I’d like to leave an afterglow of smiles when life is done. I’d like to leave an echo whispering softly down the ways, of happy times and bright and sunny days.” Our beloved, Travis Wilson Wall (“T”, “T Wall”), passed away at the age of 51 on January 19, 2023, surrounded by his family. He is survived by his wife, Angela “Angie” Renee Wall; his children: Caroline Marie McCarthy-Mitchell (Gerald “Roddy”), Katie Elisabeth McCarthy and boyfriend Dillon, Alexis “Lexi” Marie Wall, Ali Elizabeth Wall, Ashli Lynn Wall; his grandchildren: Marley Aleksandra Mitchell, Joseph David Mitchell, Madlyn Grace Mitchell, Jaxson Wayne Mitchell; his parents: Claudette Marie Kimble Wall and Judge Alex Wilson “Brick” Wall, Jr.; his brother: Jason Louis Wall (Deanna), nephew, Parker Kenneth Wall and niece, McKenzie Alexis Wall; and revered by other nieces, nephews, cousins, and an abundance of friends. He is preceded in death by his maternal grandparents, Mildred Loupe Kimble and Claude Nettles Kimble, and paternal grandparents, Elizabeth Pitcher Wall and Alex Wilson Wall, Sr. Travis was born on June 9, 1971, in Baton Rouge, LA. Travis attended St. Aloysius Catholic School and graduated in 1989 from Catholic High School in Baton Rouge; he was a man of Manresa. Travis earned a Business degree in 1994 from Louisiana State University. He began his career in the gaming industry at the Treasure Chest Casino in Kenner, LA, before going to work for the Belle of Baton Rouge. After a 25-year career at the Belle, he began a new venture as an Executive Casino Host at L’Auberge Casino in September of 2020, which he loved almost as much as his coworkers and players loved him. He truly had a gift with people. Thirteen years ago, as a single dad raising three beautiful girls, Travis met Angie at a small pizza shop in downtown Baton Rouge. That night their lives changed forever as the seeds of a lasting love were planted and then brilliantly bloomed. Angie and Travis later married, which blessed Travis with two more daughters he readily accepted in his heart and loved as his own. He adored and fought fiercely for all of his daughters and never missed any of their events. He was extraordinarily proud of each and valued them for their individuality and uniqueness. Although they were only married seven years, their life was an endless adventure that many never experience over a lifetime. Travis enjoyed golfing, fishing, listening to his favorite band, Pearl Jam, and watching sports with his family, especially his LSU Tigers, Dallas Cowboys, and Los Angeles Dodgers. He was also passionate about watching WWE wrestling with daughters Lexi, Ali, and Ashli. Above all, he adored family vacations, in particular Destin, FL which held a special place in his heart; after all, Travis’ parents introduced him to this slice of paradise when he was a mere six-week-old-infant. He so looked forward to that trip and would move Heaven and Earth each year to make sure it happened for his wife and daughters. Travis had an enormous heart, million-dollar smile, and impeccable sense of humor determined to bring a chuckle no matter the circumstance. He was dependable, one of a kind, and a beacon of light. He will truly be missed by all who knew him. Angie and the family would like to thank everyone in the Neurological Critical Care Unit at Our Lady of the Lake Regional Hospital for treating all with consideration and kindness for a grueling 16 days. His nurses were angels, and his doctors, especially Drs. Fautheree and Richards, were compassionate and caring. The Palliative team went above and beyond to make Travis’ passing as painless as possible for him. Those who knew and loved Travis are invited to his visitation on Friday, January 27, 2023 at Rabenhorst East, 1100 Florida Blvd., Baton Rouge, from 5:00pm to 8:00pm. Visitation will continue Saturday, January 28, 2023 at St. Jude Catholic Church, 9150 Highland Road, Baton Rouge, beginning at 9:00am with a funeral mass at 11:00am. To honor Travis please wear either LSU or Dallas Cowboy colors. In lieu of flowers please consider a donation to the Go Fund Me, Travis Wall Memorial, or Catholic High School.
See more See Less