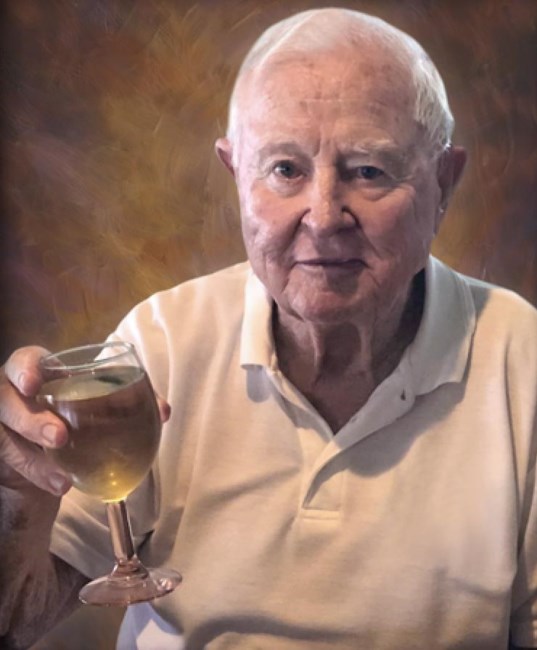 Bruce W. Hawkins was born on September 10, 1932 to Jasper Nathaniel & Adele Marie Noack Hawkins at Santa Rosa Hospital in San Antonio. Bruce’s family were active members of Redeemer Lutheran Church in San Antonio. He attended Edison High School, graduating in 1950. He was preceded in death by his parents and sister, Katy Hawkins Postlewate. He is survived by his wife Estella, his daughter Marci Carnes (Dwayne) and grandsons, Keith, Wyatt and Connor, niece Laurie Burghard (Chuck) of New York and nephew Mark Postlewate (Cathy) of Franktown, Co. He graduated from Southwest Texas State College with a degree in Physical Education and a minor in Biology and was member of SWTS football team. In 1957 he entered the US Army and was stationed in Greenland. Fall of 1959, he became a junior high science teacher and football coach in Los Fresnos, Texas. While in Los Fresnos, he met his wife of 61 years, Estella Sanchez. During his career in education he coached football, most notably with his friend, Fred Akers at Edinburg High School, coached track and started the annual EHS Bobcat Relays. In 1963, with his Master’s in Education he moved from coaching to and through high school administration ultimately starting the data processing group at Region One Education Service Center. Bruce and his team helped to bring Texas schools into the computer era. He retired from Region One in 91 and then went to work for the Texas Association of School Boards recruiting superintendents for school districts across South Texas. After retirement, he and Estella moved to Rockport and spent the majority of their time traveling with friends and family the world over. One of Bruce’s favorite activities was teaching his grandsons how to ski. In 2021, Bruce & Estella moved to Baytown to be near Marci, Dwayne and the boys. Bruce fought a valiant fight against many health issues, but he always found a way to overcome them. Ultimately in the end, his heart couldn’t keep up any longer. Bruce passed away peacefully at home on Friday, July 29th, 2022, surrounded by his family. A visitation for Bruce will be held Wednesday, August 3, 2022 from 11:00 AM to 1:00 PM at Navarre Funeral Home & Cremation Services, 2444 Rollingbrook Drive, Baytown, TX 77521, followed by a celebration of life from 1:00 PM to 2:00 PM. In lieu of flowers donations can be made to MD Anderson, link below https://secure3.convio.net/mdacc/site/TR/DIY/General?px=1495912&pg=personal&fr_id=1543 Fond memories and expressions of sympathy may be shared at www.navarrefuneralhome.com for the HAWKINS family.
See more See Less

In Memory Of Bruce W. Hawkins