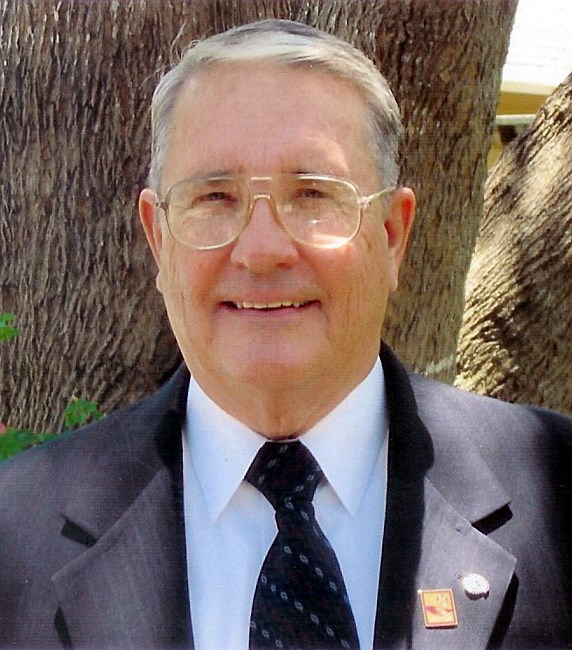 William “Ralph” Elledge passed away peacefully on Monday, May 24, 2021. Born on June 2, 1938, he is survived by the love of his life, Karen Conger Elledge. They met at First Presbyterian Church, Houston on the day Ralph returned home from his tour of duty in the US Army. Ralph and Karen were wed on February 24, 1962 and enjoyed more than 59 years together. Travelling was one of their favorite pastimes. They both attended Lamar High School. Ralph then went to Texas Tech University and finished at the University of Houston. Ralph is also survived by his son, Chris Elledge, and fiancé Christene Wood; his daughter Julie Powers and her husband Jeff; Granddaughter Christy Steiger and her husband Garrett; and his great grandchildren, Freya Leigh and Soren John Steiger. Ralph is preceded in death by his parents, William Richard Elledge and Elaine Morrow Elledge, and his grandson John Clayton. Ralph was seen as a leader in business and in the community. He was the founder of Baytown Valve and Fitting (initially Thomas A. Read and Company), established in 1969; he served as President and Past President of The Rotary Club of Baytown. He was also active in the Chamber of Commerce and was involved with supporting teachers from Goose Creek ISD. He also supported many charities in Baytown, usually anonymously. Ralph also served his country, serving in the army from 1961-1965. Ralph and Karen raised Shetland Sheep Dogs together and excelled in competition. They had the top winning Sheltie not once, but twice in the nation. Ralph’s greatest pride was taken from being a good husband and father. He led by example, and spending time with his family took precedence over all other pursuits. The family will receive friends for visitation from 5-8 pm, Thursday, May 27, 2021, at Navarre Funeral Home, 2444 Rollingbrook Dr., Baytown, TX 77521. The funeral service will be held at 1 pm, Friday, May 28, 2021, in the Navarre Funeral Home Chapel, with Rev. Jeff Powers officiating. Burial will follow at Earthman Memory Gardens Cemetery, 8624 Garth Rd., Baytown, TX 77521.

In Memory Of William "Ralph" Elledge