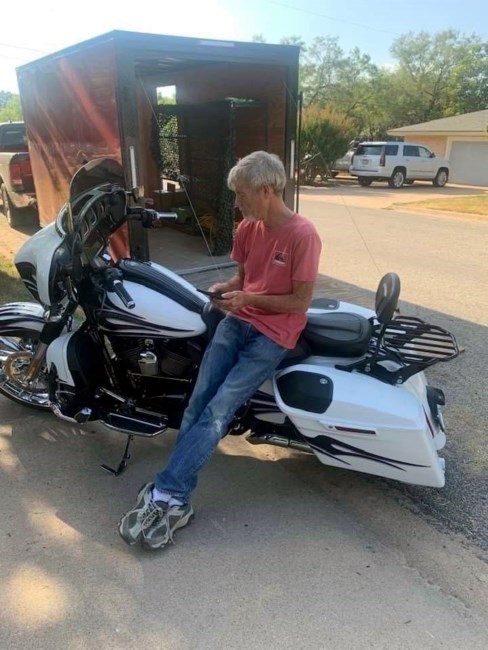 John William Hamilton was born in San Diego, California on December 24, 1961, and passed away on September 10, 2022 in Abilene, Texas. John graduated from Vidor High School, Class of 1979, and was a member of the VHS Marching Band for three years. His interests included fishing and flying large kites, but his love of riding motorcycles superseded all other interests. John enlisted in the U.S. Navy after high school graduation, serving aboard the USS Duluth, making him a Navy Veteran. John was a gifted "floor man" in Abilene and was a perfectionist in his vocation. He always went "above and beyond", often working long hours to make, and keep his clients satisfied. John always had a smile on his face and would not rest until those around him were smiling also! He held a love for music and would often sit and strum his guitars. Preceding him in death are his father, Joe Hamilton, Sr., and his brother, Joe Hamilton, Jr. John is survived by his mother, Bobbie Hamilton, sister Fay Hamilton Strange, daughter Brandell, three sons - Kristopher Hamilton, Christopher Hamilton, Taylor Hamilton, four grandchildren, one nephew, Justin, and four nieces, Hana, Ali, Kasie, and Kassidie. John found his way back to Christ while living in Abilene, something his family is forever grateful for. A Celebration of John's Life will be held Friday, September 30, 2022 at 6:00 PM at Forest Lawn Funeral Home, 4955 Pine Street, Beaumont, Texas 77703. Fond memories and expressions of sympathy may be shared at www.forestlawnmpfh.com for the Hamilton family.
See more See Less

In Memory Of John William Hamilton

A Celebration of John's Life