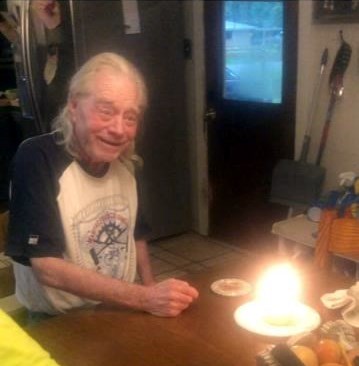 Thomas David Hunt, age 76, of Beaumont, Texas passed away on Tuesday, January 17, 2023. Tom was born to Jasper Mitchum Hunt and Viola Turner Hunt on August 18, 1946 in Topeka, Kansas. His father was in the U.S. Air Force and the family traveled all across the country before finally coming to Beaumont, Texas in 1961. Tom served in the U.S. Marine Corps and he also attended Sam Houston University for several years. Later on, Tom went on to be an Operator and ran his own company, Beaumont Demolition, from where he was retired. Tom was a member of Woodcrest Methodist Church in Lumberton, Texas. He had many friends and all who knew him, loved him. He will be greatly missed. Tom was preceded in death by his father Jasper Mitchum Hunt, his mother Viola Turner Hunt, and his brother-in-law John Mooneyham. Tom is survived by his daughter Amber Fleming and her husband Tyrone Smith of Beaumont, Texas; his fiancé, Joann Fleming of Beaumont, Texas; his sister, Sallie Mooneyham of Kountze, Texas; his grandchildren, Darian Fleming, Chance Fleming, and Taylor Smith; his nephews John "Patrick" Mooneyham III, and Ryan Mitchum Mooneyham and his wife Kayla; and by his great niece, June Mooneyham. Cremation arrangements have been entrusted to Forest Lawn Funeral Home in Beaumont, Texas. Fond memories and expressions of sympathy may be shared at www.forestlawnmpfh.com for the Hunt family.
See more See Less

In Memory Of Thomas David Hunt