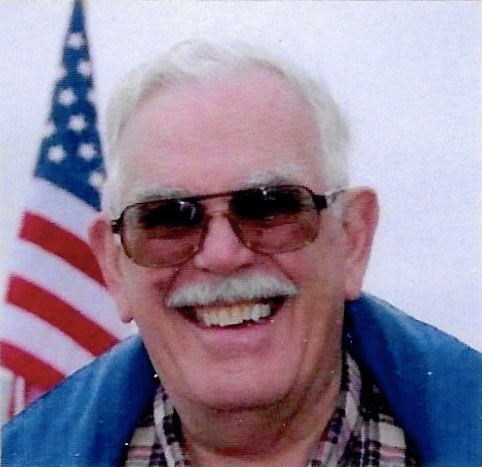 Frank E. Lesage August 8, 1925 – January 22, 2023 Frank Evans Lesage, a 40-year employee of The Oregonian Publishing Co. who left a lasting imprint as the longtime personnel director, passed away Jan. 22 from natural causes in hospice care in Portland. He was 97. Frank was born Aug. 8, 1925, in Pittsfield, Mass., to Alaric P. and Blanche Lesage. He moved to Holden, Mass., as a child and briefly attended Holden High School. He graduated early from St. John’s High School in Worcester, Mass., and joined the U.S. Navy in 1944. He served on a PT boat before his discharge in 1946. He earned an associate degree in pre-law in 1948 at Worcester Junior College, where he played baseball and sang in the glee club. Seeking new adventures, he drove across the country and enrolled at the University of Portland. He graduated in 1950 with a bachelor’s degree in business administration. Frank married Joanne Barthel, whom he’d known since childhood, on Sept. 4, 1954, in Westminster, Mass. They returned to Oregon and settled in the Garden Home area in unincorporated Washington County and raised six children there. Frank and Joanne were active members of St. Cecilia Catholic parish in Beaverton, volunteering for many duties. He was hired as a circulation clerk at The Oregon Journal in 1949, then began work at The Oregonian in 1951 as a Circulation district manager. He moved into sales, first in Classified Advertising in 1953, then in Retail Advertising in 1957, specializing in restaurant ads. He transitioned to personnel in 1965 and was named the company’s first full-time personnel director a year later. He served in that capacity until his retirement in 1991. Among his many accomplishments were pushing for increased diversity among the newspaper’s hundreds of employees and helping orchestrate the merging of the staffs of The Oregonian and The Oregon Journal in 1982, which resulted in the largest newsgathering organization on the West Coast. Frank was known for his woodworking skills, which he often put to use making toys for his kids; his ever-present tobacco pipe; his skepticism of modern technology (he wrote only on a manual typewriter); and for proudly maintaining his New England accent and his devotion to the Boston Red Sox. He was a longtime member of the Benevolent and Protective Order of Elks and of the Order of the Antelope. He relished the Order of the Antelope’s annual treks to the Hart Mountain wildlife refuge. He maintained an active lifestyle in retirement. He spent many hours in his backyard workshop, tended his vegetables and flowers, and did charity work. He was a volunteer in the Society of St. Vincent de Paul’s food pantry in Beaverton for many years. Frank also was a driving force behind Save the PT Boat Inc., a Portland-based nonprofit that has restored a derelict World War II craft, PT658, and turned it into a museum piece. Frank and Joanne lived in the home they bought in 1954 – making several additions and renovations as the family grew – until 2022, when they moved to The Stafford retirement community in Lake Oswego. Frank spent his final days under excellent care at La Bella Vila hospice home in Southwest Portland. Survivors include his loving wife of 68 years, Joanne; his children, Lisa Lesage (Jim Brown) of Bend, Pete (Ann) of Tigard, Paul (Noreen) of Lake Oswego, Nanette Robinson (Jim) of Gladstone, Mike of Gladstone, and Matt (Tammy) of Portland; nine grandchildren; and four great-grandchildren. Funeral services will be at 11 a.m. Thursday, Feb. 16, at St. Cecilia Catholic Church in Beaverton. Burial will be at Mt. Calvary Catholic Cemetery. Donations to Save the PT Boat Inc. or the St. Vincent de Paul Beaverton food pantry are requested in lieu of flowers. Fond memories and expressions of sympathy may be shared at www.peggpaxsonspringerfuneralhome.com for the Lesage family
See more See Less

In Memory Of Frank Evans Lesage