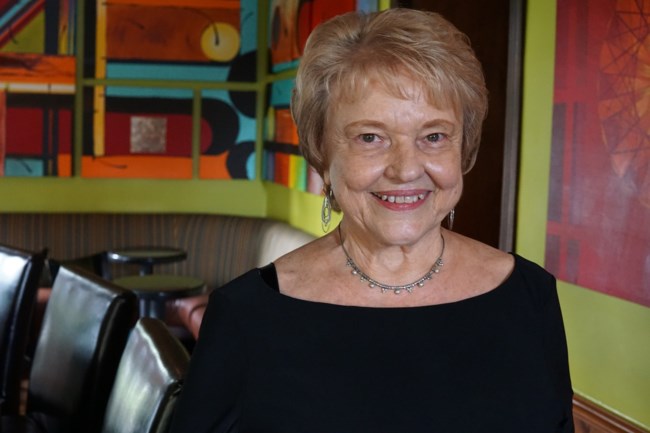 Donna R. Copeland died unexpectedly on July 28th with her daughter and son-in-law by her side. A native of Deming, New Mexico, Donna was born the fourth of five children to the late Don Carlos Ruebush and Annie Zane (Wilkerson) Ruebush. She attended Deming High School and Rice University and went on to get a Ph.D. in Clinical Psychology at the University of Houston. She served as the chief of the Behavioral Medicine Section in the Department of Pediatrics at the University of Texas M.D. Anderson Cancer Center for over 20 years. She was both a sensitive clinician and a prolific researcher. She helped children and their families cope with cancer and loss. She studied the neuropsychological and emotional effects of various cancer treatments on development in children and adolescents. And she was a leader in incorporating music and art therapy, and expressive, creative writing into the treatment of children, adolescents, and young adults with cancer. Throughout her life, Donna pursued a wide variety of interests. For several years, she played the alto and bass recorder in a chamber music group with her friends at coffee shops and wine bars. She was a part of a long-standing movie and book club, and a weekly mah-jongg group. In the 1980s, some neighborhood children knocked on her door and asked her if she was a witch. She told them that she was, in fact, a witch, but a good witch. Then she amazed them with her power to turn the television on and off just by clapping her hands. They were too young to have seen the commercials for The Clapper. In her “retirement,” Donna threw her trademark energy and enthusiasm into reviewing films. Her long-standing interest in psychoanalysis informed the way she watched and made sense of movies. She was an active member of the Houston Film Critics Society, and she developed deep and important friendships with her fellow reviewers. Donna was lucky in that her “chosen family” included her biological family along with a lot of other people. She will be deeply missed by those she cherished, including her daughter and son-in-law, sister, two brothers and their wives, nieces, nephews, great nieces and great nephews, gigantic twin grandsons, her movie and book clubs, her mahjong group, her academic colleagues, and her movie critic family. We will miss her terribly, but if she reviewed a movie of her life, she would have given this ending an A. A memorial will take place at a later time. In lieu of flowers, please consider making a donation to Candlelighters (candle.org), the PAN Foundation (panfoundation.org), or the Children’s Cancer Hospital at MD Anderson Arts in Medicine Program (checks can be made out to the Children’s Cancer Hospital with “Arts in Medicine” in the memo line; mail to: Zach Gresham, Director of the Arts in Medicine Program, Children’s Cancer Hospital at the MD Anderson Cancer Center, 1515 Holcombe Blvd., Unit 87, Houston, TX 77030-4009).
See more See Less

In Memory Of Donna Ruebush Copeland