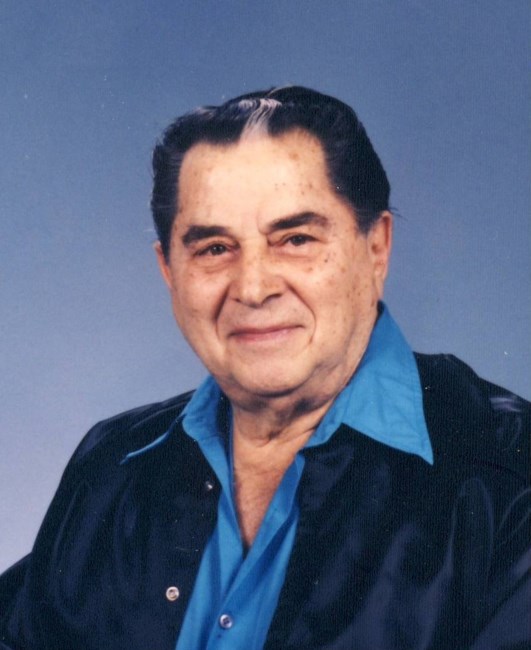 Joseph George Matranga, 95, passed away on May 17, 2013. Preceded in death by his loving wife Lena Sacco Matranga, daughters Virginia Vento, Mary Ann Belnoske, son-in-law John W. Belnoske, grandson Joseph Matranga, sisters Marie Palermo Repsdorph, Frances Mustachia; brother Robert Matranga; sister-in-law Lorraine Sacco. Survived by his children Theresa Neal and husband Mike, George Matranga and wife Tammie, son-in-law Anthony Vento, nine grandchildren and six great grandchildren; sisters Maude Palermo, Margaret Apffel, Theresa Sagan, Georgia Ann Ethridge Muniz and husband Martin; brothers Phillip Matranga and wife JoAnn, Paul James Matranga and wife Marcella, Anthony Matranga and wife Joanna; brother-in-law Charles J. Sacco and numerous nieces and nephews. After serving in the navy during World War II, in 1947 Joe opened an Italian restaurant on Houston’s northside called the “Ding-a-Ling”. Eventually he would change the name to Joe Matranga’s Italian Restaurant. Customers drove from all parts of Houston to eat Joe’s spaghetti and meatballs. He was given the honor of having the “Oldest Italian Restaurant” in Houston before retiring in 1990. Blessed with a beautiful tenor voice, Joe sang through the years for just about every Italian wedding and funeral in the city of Houston. Anyone that ever met Joe was always entertained with his great sense of humor. His zest for life and the love he showed for his family & friends will be truly missed. Visitation will be from 3:00 p.m. until 8:00 p.m., with a Rosary beginning at 7:00 p.m., Monday, May 20, 2013 at Earthman Bellaire Funeral Home, 6700 Ferris. A Mass of Christian Burial will be held at 10:00 a.m., Tuesday, May 21, 2013, in the Warren Chapel, St. Dominic Village, 2401 Holcombe Blvd., Houston, TX 77021, followed by a private graveside service. Joe truly loved & enjoyed living at St. Dominic Village and the family would like to thank the staff for the wonderful care given to him. A special thank you to his sister Theresa Sagan for her love and support. The family request in lieu of flowers, memorial donations may be made to St. Dominic Village, attention: Ruth Stanley. If you listen closely, you will hear singing and laughter coming from the heavens above.
See more See Less

In Memory Of Joseph George Matranga