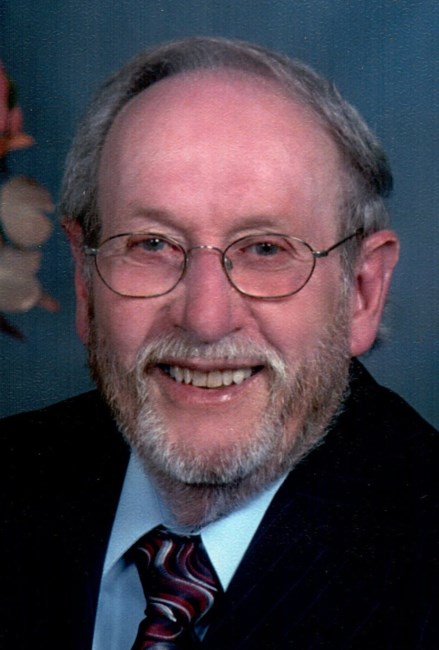 Donald “Don” Knapp of Waterloo, formerly of Belleville, born December 21, 1929, passed away peacefully on Friday, January 21, 2022 at Oak Hill in Waterloo. Donald married Irene Eckert on September 12, 1953 at Christ United Church officiated by Reverend Alfred Schroeder. After a brief stay in Belleville, the couple departed to San Diego to be together until his discharge from the U.S. Navy. He served four years in the Navy during the Korean War on the Destroyer USS TE Chandler. Three tours of operation were spent off the eastern coast of Korea. Upon the completion of his enlistment they moved back to Belleville and he took a job with the Defense Mapping Agency (now known as the National Geospatial Intelligence Agency or NGAA) as an Aeronautical Information Specialist Supervisor. He retired after 38 years of service. Don was a member of Christ United Church of Christ in Belleville, serving on the Church Council and on the Board of Christian Education. He was an active supporter of Belleville School District #118, a member of the PTA's for Bunsen, Jefferson, and Central Junior High and he was on the PTA Council, holding various positions. He was a member of the PTA Sport Field Day Committee and served many years as chairman for the grounds committee for the annual school picnic. For his service during the years his four children attended District #118 schools he received the PTA Life Membership Award. He was a life member of VFW Post 1739, Tin Can Sailors Association, National Active and Retired Federal Employees Association (NARFE Chapter 1019) and the National Geospatial Intelligence Alumni Association. Don was preceded in death by his wife, Irene; parents, Alfred and Bertha (nee Wuest) Knapp; sister and brother-in-law, Jean and Charles Taphorn; sister and brother-in-law, Sharon and Edwin Stephens; brother-in-law, Elmer (Sherri) Eckert and sister-in-law, Virginia Gutierrez. He is survived by his four children: Cathy (Richard) Kasson of Waterloo, Debbie Dressel of Belleville, Donna (Jim) Daniel of Fenton, Donald (Nancy) Knapp of Belleville; six grandchildren: Nicholas Dressel of Dallas, Christopher Kasson of Waterloo, Jimmy Daniel (fiancée Jennifer) of Columbus, Ohio, Tyler (Jessica) Daniel of High Ridge, Missouri, Alexander (Cassie) Knapp of McPherson, Kansas, Allison Knapp of Belleville; four great-grandchildren: Nicholas, Dominic, and Andrew Dressel, Brynlee Daniel and baby boy Knapp due in April; nephews: Manuel (Donna) Gutierrez, Ricky (Debbie) Chappell, Thomas Taphorn and cousin, Susan (Joe) Janik. Dad especially enjoyed family get togethers, showing us how to fish and taking us swimming at our uncle's lake in Baldwin. Once we were all out of the house, he and mom got to travel. Dad enjoyed boating so much, in 2010 he bought a 50 foot houseboat, the Sudden Impulse. Many weekends were spent on the dock and out on the water at Lake Kinkaid. Many good times were had by all and the saying, "you can't make this stuff up" had to be invented on our dock. Everyone on "H" dock loved him and called him Pops. Dad touched so many lives in many different ways. He was loved by everyone and will truly be missed. We would like to thank the staff at Garden Place Assisted Living and Oak Hill Nursing Home in Waterloo for all the care they gave dad during his stays. Visitation will be Thursday, January 27, from 4-8 PM at Valhalla-Gaerdner-Holten Funeral Home in Belleville. The funeral will be held at 11 AM on Friday, January 28, with visitation again one hour prior to the service at 10 AM. Burial will be at Valhalla Gardens of Memory with military honors rendered at the gravesite. In lieu of flowers, we request donations be made to the Shriners Children’s Hospital of St. Louis.
See more See Less

In Memory Of Donald Alfred Knapp