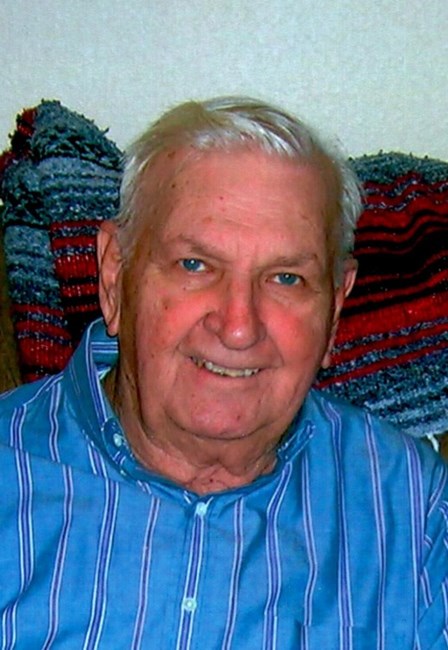 Gregory J. Warnecke, 90, of Belleville, Illinois passed into his eternal reward on Thursday, December 31, 2020, at St. Elizabeth’s Hospital, a victim of the deadly Covid-19 virus. Greg was born in Clinton County, February 14, 1930, the fifth of 16 children to George and Agnes (Henken) Warnecke. As a child, he developed his love of wood, fashioning useful hand tools and decorative pieces from every scrap of wood he could find. Greg entered the United States Army in 1951, serving his entire term with the Army Security Agency. Upon his return to civilian life, he began his career as a cabinetmaker with the Markus Cabinet Company, before switching to working on residential and commercial projects. He was a proud member of Carpenters Union 169 (now 662) until an injury forced him to retire in 1995. Greg relocated to Belleville in 1960, where he met the love of his life, Mary Anne. They married in St. Mary’s Church on May 5, 1962 and were blessed with three children, Catherine (Steve) Nolte, James Warnecke, and Jennifer (Dr. Keith Wilhite) Warnecke, whom he loved beyond measure and of whom he was exceptionally proud. In retirement, he enjoyed painting, fishing, and traveling throughout the United States and Canada, but his passion for woodworking continued in his designing and building pieces of furniture for his home and for St. Mary’s Church. Greg was a man of great faith, having served at St. Mary’s as Usher and Eucharistic Minister prior to becoming ill. Greg was preceded in death by his parents, brothers, Sylvester, Paul, Alphonse, Gervase and Nelson; sisters, Georgine Brendel, Dolores Knebel, Loretta Landolt, Patricia Fruth, Margaret Allen, and Mary Ann Dieters. Surviving in addition to his beloved wife and children, are his grandchildren, Nick (Kara) Nolte and Hanna (Nathan) Suthoff, whom he adored, as well as his great grandchildren, Kinslee and Nash Nolte, who brought him so much joy and comfort in his later years. Also, surviving are three brothers, Marvin, Donald, and Ralph (Sharon), a sister, Joyce; a sister-in-law, Rose Warnecke; and numerous nieces and nephews. The family would like to express thanks to the staff at Freeburg Care Center, who provided excellent care to Greg and to Family Hospice for the love and concern he received from his nurses. Memorials may be made to Family Hospice or in the form of Masses to St. Augustine’s or St. Mary’s. Condolences may also be expressed online at www.valhallagardensandfuneralhome.com. Visitation: Due to current Covid-19 mitigations, a private visitation will be held for family at Valhalla Gaerdner Holten Funeral Home, Belleville, Illinois. Funeral: A Mass of Christian Burial will be held at 1 p.m., Wednesday, January 6, 2021 at the St. Augustine of Canterbury Catholic Church in Belleville, Illinois with Monsignor William McGhee, Monsignor John Myler and Father Kenneth York officiating. Interment with military honors will follow at Valhalla Gardens of Memory, Belleville, Illinois.
See more See Less

In Memory Of Gregory Jerome Warnecke