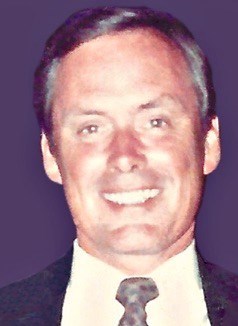 John Craddock Coart was born on June 22, 1940, in Seattle to his musical mother Helen Shay, and John, his outdoorsy father. He grew up in a wonderful neighborhood of lifelong friends known as the Shelby St Athletic Club. John went to Lincoln High School where he was involved in student body activities, football, singing in Chanters and journalism. As student body president he went to Leadership Conference at Seabeck on Hood Canal meeting people from schools statewide as well as his future wife of almost 60 years, Kathie Armstrong, student body officer from Roosevelt High. His grandparents found a very special place in Maple Valley. They felt “a family that plays together, stays together.” It was Johnny’s favorite place. He grew up swimming, fishing, golfing, riding horses, exploring the forest, and sleeping in the horse barn. It provided a wonderful childhood and special memories. The cabin continued to be the summer gathering place for decades of enjoyment with his sister Joan and her family. He shared his lifeguard skills teaching swimming and encouraging many to jump in, fish, try a paddle, windsurf, sail, etc. When it was raining, the family enjoyed gaming and charades by the fire, with s'mores and cards and dock time at sunset. It held as a connector for family and friends with nature, all very important to him throughout his life. John attended the University of Washington joining Phi Delta Theta Fraternity and continuing on to Law School there. John and Kathie married in 1962. After law school, he joined the firm of McBride Sax and MacIver. Unfortunately, he was drafted into the army during the Vietnam war and was sent to Fort Huachuca, Arizona. Fortunately, he spent his whole experience in Arizona and they had their first child, Kristen. After duty, he returned to the northwest and his law firm, where over time he became a partner and then managing partner from 1970-1980. He was Executive Director of the Seattle Committee on Foreign Relations meeting people from many countries. In 1969, they moved to Bellevue and had their second daughter, Karin. After a few years, they moved from their first home in Medina to Clyde Hill. It was there his love of gardening truly blossomed. It was in his garden that he found peace, creative expression, a place to build a beautiful sanctuary. His portable radio accompanied him at all times while in the garden. Music was a paramount part of his life. Starting with singing carols and musicals around the family piano, hitting the record stores to and from school, ‘hammin and jammin’ with friends, going to the jazz clubs young, sitting up close to the greats… He took piano lessons throughout the years as well as filling the home with his diverse record collection. The family joined Overlake Golf and Country Club. There, they met a host of new long-time friends. He retired from the law firm Carr Tuttle Koch and Campbell and went into private practice with Windermere Services. There were many joyful trips with friends, Africa, China, Tahiti, Europe and boating in San Juan Islands. He enjoyed beach time, hunting for agates and imparting his wisdom for finding the gems while walking and talking. He had many interests and was interested in people and the things that were important to them. He was thought to be a true gentleman, with a warm heart. He was welcoming, thoughtful, playful as well as hard working. He was a very supportive and loving husband and father. He will be profoundly missed. He is survived by his wife Kathie, daughters Karin, Kristen, son-in-law Braden Blake and grandson Coartney, his brother-in-law John Gorow, his niece Julie Siefkes, her husband Doug and their kids, Ryan, Erica, and Claire. Celebration of Life will be Friday, September 16, at Overlake Golf and Country Club from 2:00-4:00 pm. In lieu of flowers, John would want you to donate to the organization which is most meaningful to you. If you feel so inclined please share your thoughts memories or pictures on this site. Thank you all so much. Love, Kathie, Kristen, and Karin.
See more See Less