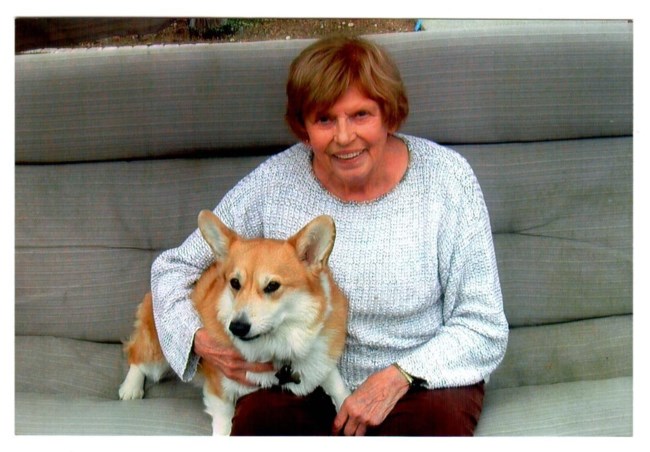 JUDITH ANN HARRIS Judy Harris was born in Philadelphia, Pennsylvania, on June 17, 1934, to Leon Warren Keyser and Sybilla Davis Keyser. She graduated from Lower Paxton High School in June of 1951. She then attended the University of Pennsylvania School of Nursing and graduated in 1955. She subsequently travelled to Montreal, Canada, for a specialty course to obtain certification in neurosurgical nursing. She met her future husband, Leland Harris, when they were both working the night shift in the operating room at Boston City Hospital. They were married in Philadelphia on November 3, 1956. Following the marriage, they returned to Boston where Lee was finishing up his surgical residency. They welcomed their first child, Lance, on January 12, 1959. Lee was a Captain in the Air Force and was stationed at Barksdale AFB in Bossier City, Louisiana. They welcomed their second child, Lisa, on March 24, 1961. Once Lee finished his tour in the Air Force, he and Judy moved to San Jose, California, where Lee was born and raised. They bought a small house in San Jose while Lee set up his surgical practice at the San Jose Medical Clinic. They third child, Karen, came along on January 25, 1964. Shortly thereafter, they bought a new larger home to fit the needs of their family. They started attending church at The Stone Church in Willow Glen. Judy taught Sunday school and Lee was a Deacon. They were both active in church. They oversaw a youth group called “The Broken Loaf” during the late 1960s. They mentored these teens, helping them put on car washes and other fund-raising events. In 1970, the family moved to Bellevue, Washington, where Lee started a general and vascular surgery practice. During this time, Judy returned to nursing to help support the family while Lee built his practice. She worked nights as an RN in the neurosurgical unit at Swedish Hospital. She also returned to school to pursue her Bachelor of Science in Nursing. In 1973, she entered the nursing program at Seattle University. She’d work all night, go to school in the morning, come home and sleep for a while, then get up and do her homework and then go to her nursing job. She did this until she graduated with honors and the elite Sigma Theta Tau nursing honor in 1977, coincidently the same year Lance graduated from high school. Judy didn’t stop with her BSN. With Lee’s surgical practice well on its way, she pursued her certification as a registered vascular technologist. She opened an ultrasound laboratory that focused on vascular disorders. Having lost her dad from a stroke at age 14, she found great interest this medical specialty. The two practices complimented one another nicely, with Lee acting as medical director of her lab. She ran this busy practice until 1996 when she decided to retire. She and Lee sold their home on Lake Washington in Bellevue and moved to a home on Henderson Bay in Gig Harbor. Judy enjoyed her four grandchildren: Amanda and Mattie (Lance and Julie) and Ryan and Laura (Lisa and Rob). She became a great-grandmother when Samantha was born to Amanda and her husband, Erik. Shortly before Amanda was born, mom bought a beach home on the Long Beach Peninsula, which she owned until 2018. She and dad spent many years traveling to there several times a year. She continued to do so after Lee passed away in 2007. As the years passed, she realized the home was too big and the property too difficult for her to manage. She sold it and purchased a smaller home in Ocean Park, still on the west side of the peninsula. Judy absolutely loved going to “The Beach” and went every opportunity she could get. Daughter-in-law, Julie, graciously drove her there a couple times a year as her schedule would permit when the distance was too far for Judy to drive anymore. There were many happy years with kids and grandkids taking treks to the beach. She enjoyed spending Mattie’s August birthday down at the beach, which became a tradition over the years. She was very much looking forward to this event when her health declined in recent months. Lee and Judy became active members in church once they relocated to Gig Harbor. They especially loved the evenings spent with their church friends who were part of their Cove Group. Lee and Judy were able to celebrate their 50th anniversary on November 3, 2007. Lee had been diagnosed with pancreatic cancer in 2005. They still traveled despite Lee’s cancer treatment. He passed away at home on March 17, 2007. Trooper that she is, Judy realized she couldn’t stay in their large house on Henderson Bay. She subsequently sold it and bought a cottage-type home within walking distance to old downtown Gig Harbor. She lived there but traveled back and forth to the beach with her first Corgi, Sammy, and then her second Corgi, Jonathan. Judy passed away peacefully with family by her side at Franciscan Hospice House on July 30, 2022. She is survived by her older brother, L. Warren Keyser; daughter Lisa, her children Ryan and Laura (Jake); daughter-in-law Julie, her children Amanda (Erik) and Mattie, her great-granddaughter, Samantha (Amanda and Erik), and her lovingly loyal Corgi, Jonathan. In lieu of flowers, donations would be very much appreciated and may be made in Judy’s name: Franciscan Foundation 1145 Broadway Plaza Suite 610 MS 07-12 Tacoma, WA 98402
See more See Less

In Memory Of Judith Ann Harris