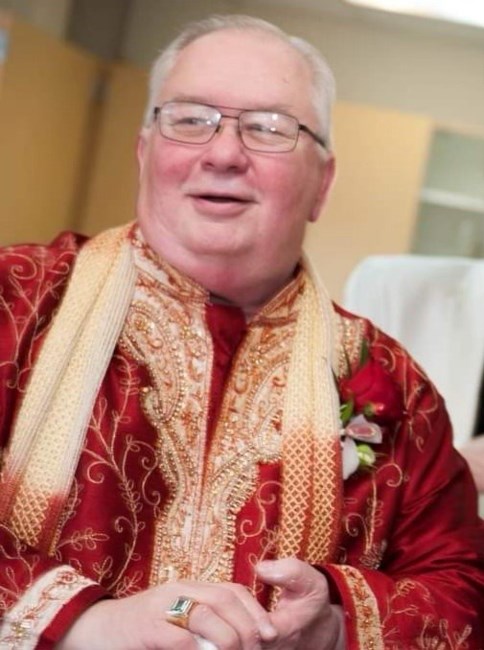 Randy L Hardin, 74, of Everett, WA transitioned on to his next adventure on January 17th in Kirkland, WA Randy was born Cairo, IL to James Monroe Hardin and Grethel Hopkins Hardin on November 8th, 1948. He attended high school in Festus, MO and graduated in 1966. Upon graduation, he joined the Air Force during which he was stationed in Tucson, AZ and sent to South Korea to serve during the Korean War. When he was discharged from the Air Force he attended seminary in St. Paul, MN. and went on to work in the ministry for 20 years. He was married in 1972 and was blessed with his daughter Sara in 1981. His next career was in the funeral profession, where he met the love of his life and Soul Mate Len. He worked in the funeral industry for almost 30 years before retiring. He loved to crochet afghans and scarves for his loved ones, spending time in the garden and spending time with his friends and family, but his greatest joy was spending time with his grandson, Jude. Randy is preceded in death by his parents James and Grethel Hardin, by six brothers and one sister, as well as, his daughter’s mother Judy Hardin. Randy is survived by his life partner Len Burton-Hardin, daughter Sara Hardin, grandson Jude, two brothers and one sister. Along with many nieces and nephews. The family wishes to extend our sincere thanks to Evergreen Hospice for all of his care. Memorial donations may be made in Randy’s memory to Evergreen Hospice and American Diabetic Association. A celebration of life for Randy will be held Saturday, February 4, 2023 ~ 2:00 PM at Unity Church, 16727 Alderwood Mall Parkway, Lynnwood, WA 98037. Fond memories and expressions of sympathy may be shared at www.sunsethillsfuneralhome.com for the Hardin family.
See more See Less

In Memory Of Randy Lewis Hardin