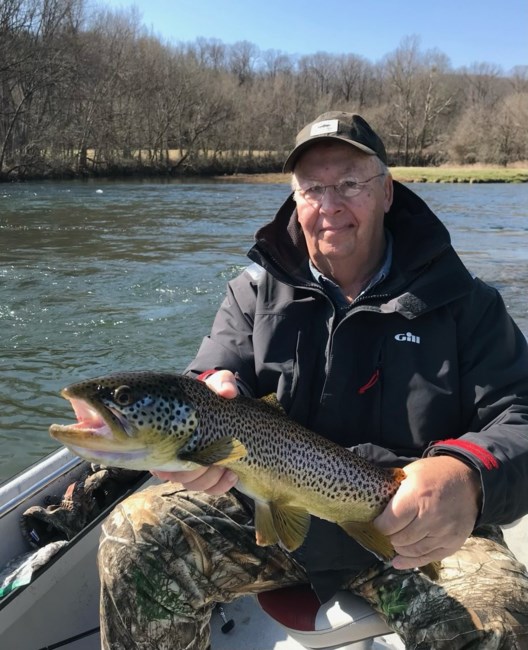 John Clement Ferebee lV of Bentonville, Arkansas entered HEAVEN on January 14, 2023 after a brave battle with cancer. He was born on October 10, 1952 to John Clement Ferebee III and Bettye Jo Davis Ferebee in Pensacola, Florida. John followed in his fathers footsteps in the field of logistics. He started his career at Ryder transportation. He also worked for other logistical companies, including Schneider Transportation. Upon his death, John was a National Business Development Salesman for J.B. Hunt where he received many accolades for his dedication and successes. Because of John's enjoyment with J.B. Hunt Company, he worked until the day he departed from this earth. John LOVED fishing on the White River with his son’s, grandson and buddies! He planned his vacations and free time on that river. He was preceded in death by his parents, John Clement Ferebee III and Bettye Jo and his brother, Mike. He is survived by his wife of 45 years, Pat Kiepper Ferebee. His four sons: Hunter Ferebee (Ana) Overland Park, Kansas; Parker (Courtney) Sherwood, Arkansas; Spencer (Kamryn) Princeton, Texas; Walker (Blayne) Fayetteville, Arkansas. Three grandchildren: Cooper (8), Landry (6), and Sawyer Ferebee (18 mo) and two expected grandchildren: Leighton (due April) and Palmer (due May). One sister, Sharon Alexander Vilonia, Arkansas. We will have a Celebration of Life at the Osage House per John’s wishes and a small private ceremony for the immediate family will be held at the White River to scatter his ashes. We would like to thank the staff at HOG Oncology, Mercy Hospital (Rogers), so many friends who have checked in, fed us and helped with lots of details. THANK YOU! In lieu of flowers, please send a donation to Duane Hada’s organization, Cross Trail Outfitters-Arkansas Chapter, A youth ministry that focuses on guiding the next generation to Christ through the outdoors. The chapter's link is: https://teamctoar.wildapricot.org/Donate ℅ John Ferebee For more information about Cross Trail Outfitters (CTO), Please see :https://teamctoar.wildapricot.org/about-CTO
See more See Less