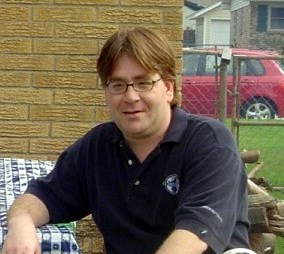 Joshua James Erichsen passed away at his home on January 18, 2023. He was born in Sioux City, Iowa on February 11th, 1974. He was a graduate of Yukon High School. Josh enjoyed music of all kinds including the classics. Some of his favorites were The Beatles, Elton John and Paul McCartney. He enjoyed watching movies and TV series like Star Wars and Star Trek and would talk in detail about his favorite Characters and episodes. Josh was so knowledgeable and thoroughly enjoyed a challenging conversation about most anything. He enjoyed anything to do with cellphones and computers,spending many years as a Cellphone Repair Specialist. If anyone had a question about either, he always made himself available to help. His favorite food was his mom’s homemade spaghetti and meatballs. Josh is survived by his parents, Annie Erichsen of OKC, Tom Erichsen of Las Vegas, grandmother Mary Treinen, his other mom Lisa Linder, brothers Jeff and Michael, and numerous aunts, uncles, cousins, nieces and nephews. He is preceded in death by his partner of many years, Kissa Peairson, sister Sara Wright of Yukon, grandparents Harold and Peggy Erichsen and grandfather Bernard Treinen. Come and go visitation will allow family and friends to spend time with Joshua’s urn and celebrate his life. Saturday, February 4, 2023 from 8:00 AM to 5:00 PM at Bill Merritt Funeral Service, 6201 NW 39th Expressway, Bethany, Oklahoma.The family will great friends from 10am to noon and again from 2pm to 4pm. In lieu of flowers, memorial donations may be made to St Jude Children’s Research Hospital. Fond memories and expressions of sympathy may be shared at www.billmerrittfuneralservice.com for the Erichsen family.
See more See Less

In Memory Of Joshua James Erichsen