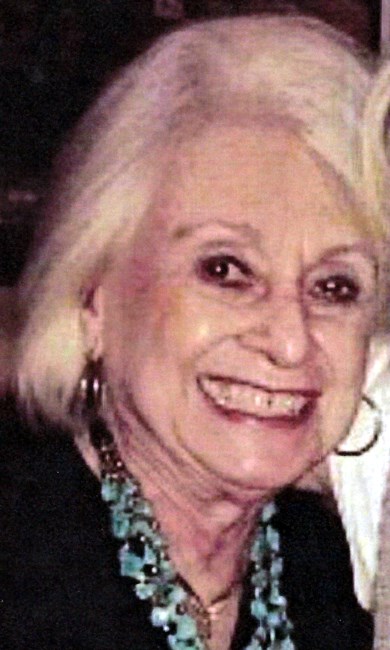 Born January 30, 1930 to Helen and Clyde Mullins in Atlanta, Ga. After living in Atlanta a short while, the family moved to Nashville, TN. While living in Nashville, she and her brother David enjoyed the Music City, especially The Grand Ole Opry. In 1942, her father Clyde was transferred by his employer to Mobile, AL. It was in Mobile that Caroline received the nickname “Moon” from her friends. She was emphatically known for the remainder of her life by this nickname. Moon enjoyed the city of Mobile and all it had to offer…over the bay, Mardi Gras, and the Gulf of Mexico. She attended and graduated from Murphy High School. She especially enjoyed being a member of a high school sorority where she developed meaningful relationships with other girlfriends. After graduating high school, she enrolled in The University of Alabama and became a member of Kappa Delta sorority in 1947. In February of 1951, she married James A. Head Jr. and moved to Birmingham, AL where she lived the rest of her life. Moon enjoyed a very active career as a devoted mother of 3, homemaker, and community leader. She actively served on the boards of Mountain Brook PTA, Gateway Home for children, and the Birmingham Botanical Gardens. She was also a very talented gardener, and a gifted floral arranger delivering her services to numerous private and public venues across the State of Alabama. She also worked for over 20 years for The Flower Basket, a local floral retailer in Birmingham. While working at the Flower Basket she contributed to the creation of the book: Elegance in Flowers, which was published by “Southern Living Magazine.” Moon was also an active board member and influential contributor to the Birmingham Chapter of the Juvenile Diabetes Foundation International for many years. She was a committed member of Mountain Brook Baptist Church for over 60 years. Moon lived a very physically active lifestyle and enjoyed participating in most outdoor activities like; golf, tennis, hunting, and fishing just to name a few. She was a member of The Country Club of Birmingham for over 50 years. She also taught numerous exercise-related classes in the Birmingham community for many years. She was also an active community volunteer serving as a member of Junior League of Birmingham and The United Way of Central Alabama. Moon’s life took on a new direction in 1990 when she entered the residential real estate business in Birmingham. Originally, she worked with Fletcher & Associates which later became a part of the real estate family of Realty South. She enjoyed a successful career in real estate for 25 years. She is survived by her 3 children and families; Mr. and Mrs. William E. Ransom of Eatonton Ga. (Leslie – daughter), Mr. and Mrs. David R. Pittman of Birmingham, AL. (Dede – daughter), and Mr and Mrs. (Cathy) James A. Head III of Birmingham, AL. (Jimbo – son) along with 6 grandchildren: Carrie Pittman Hill, Leslie Pittman Fulkerson, Jay Head, Anne Carlton Head Reebals, and Sam Ransom all of Birmingham, AL, and Natalie Ransom Cyphers of Atlanta, Ga. She is also survived by 1 nephew, David Mullins Jr. of Foley, AL and 1 niece, Claudia Carroll of Madison, AL. both children belonging to her deceased brother, Dr. David Mullins of Mobile. Lastly, she is survived by 4 great grandchildren; Evans and Hollis Cyphers of Atlanta, GA and Ellie and Sam Reebals of Birmingham, AL. Mountain Brook Baptist Church will host a visitation on Thursday, January 19 at 1 pm followed with a service to celebrate her life at 2 pm. Memorials can be sent to: Mountain Brook Baptist Church, Birmingham Botanical Gardens, The Center / Prison Ministry, The Birmingham Humane Society, or the Comprehensive Diabetes The burial will be private in Elmwood Cemetery. Fond memories and expressions of sympathy may be shared at www.johnsridouts.com for the Head family.
See more See Less

In Memory Of Caroline Mullins Head