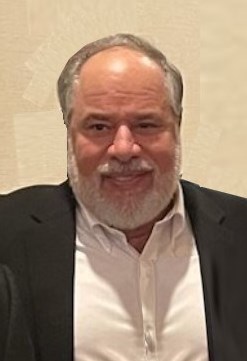 On Sunday, January 15, 2023, Jerry Bajalia, loving father of four, passed away at age 59 of a heart attack. Jerry was known for cooking for his family and friends as a gesture of extreme love and care. He lived a tremendous life, without regrets, full of risk and adventure. He felt the most free when he was riding his motorcycle, and in 2004 he opened the Iron Horse Cafe in Hoover, Alabama. There, he ran a successful business alongside his brother Sammy and sister-in-law Carol. They created an extensive community, rich in love and loyal friendship. His most recent position as the COO at Slice Pizza, started at the top of 2022. He stepped in on behalf of his second-cousin, Jeffrey Bajalieh, after his passing, and mentored Jason and Chris Bajalieh. Jerry was best known for his infectious laugh, quick wit, charisma, ambition, and big spirit. More than anything else, Jerry lived to feed his family, friends, and often, even strangers. Jerry cooked from his heart. He is survived and missed by his mother, Ann Bajalia, ex-wife and friend of 25 years, Rachel Bajalia, his four children Brandy (Peter), JJ, Stephanie, and Levi. He will be forever remembered and loved by his grandchildren Elijah and Rosemary. Siblings and their families; Sammy & Carol; Issam & Dan; Jawad & Ashley; Isa & Nancy. He also will be missed by numerous cousins, nieces, nephews, uncles, aunts, and, of course, a truly inspiring amount of friends. The visitation will be held on Sunday, January 22nd, at 11:00 am at Johns-Ridout's Funeral Parlor followed by a service at noon. As a family tradition, we do not accept monetary donations or flowers. We ask instead, that you donate to a charity of your choice (preferably the American Heart Association). However, your continued prayers for our family are highly valued – and in keeping with my dad's character, we wish you and your family all the best.
See more See Less

In Memory Of Jerry Bajalia