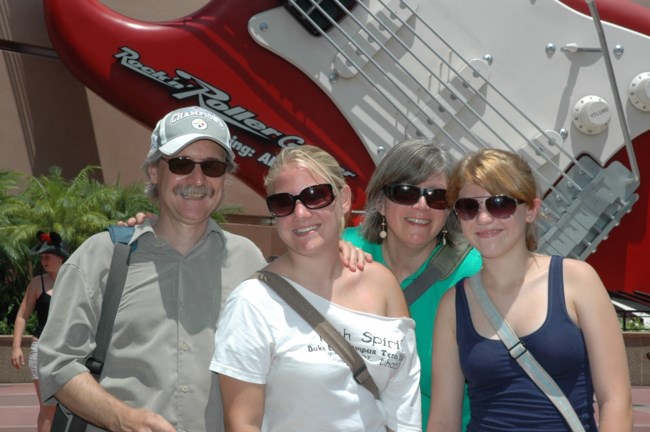 Steve Hendley was born and raised in Nashville, the son and only child of Bob and Marjorie Hendley. From a very young age, music was a key part of his life. From the Beatles, through his and his friends’ obsession with jazz fusion in high school, to Simon & Garfunkel, Springsteen, Joni Mitchell, and more. In Nashville he was able to see so many of his favorite artists and bragged about he and his friends getting tickets at the Exit Inn for Weather Report and when they asked for which shows, he said, “All of them.” He remained close to many of those friends; music created a life-long bond. Beginning in high school, he loved philosophy. He said he fell in love with it when he realized that it let him engage with the greatest thinkers in history. He got his undergraduate degree in Philosophy from Southwestern at Memphis (Rhodes College), and a Masters from Vanderbilt. He moved to Pittsburgh to complete another Masters and later a Ph.D. from Duquesne University. He made life-long friends in Pittsburgh, including philosophy students who loved cheap beer and great burgers at the Squirrel Hill Café and great cheap Mexican food at The Taco Shop. He loved Pittsburgh and became a massive Steelers fan, taking that love with him when he moved to Birmingham to teach at Birmingham-Southern College. From Steeler bars to The Sunday Ticket, the Steelers were part of his life and he loved sharing it with his family and fellow Steeler fans in the area. Sundays with The Sunday Ticket became a much-loved tradition, with friends and family hanging out in the family room with lots of food, wine, and fun. He met his wife Mary in Pittsburgh, where she wasn’t a Steeler fan. He made sure that changed. He was a cat person who married a dog person, and they gradually morphed into each being cat and dog people. Together, they had adventures from small to large and loved each other with passion and devotion through thick and thin (mostly thick). They were both astonished to find each other and even more astonished when their family became 4 with their two daughters, Johanna and Sarah Regina. Steve loved his family more than anything. He loved being a dad – taking his kids hiking, to the zoo, riding roller coasters at amusement parks – wherever they could spend time together. Music was always a part of parenting as well. He made sure he took them to see great musicians including Paul McCartney, Elvis Costello, Diana Krall, Wayne Shorter, and more. And he played music constantly in the house so that they knew the words to every Beatle song, and would roll their eyes when they heard King Crimson playing. Johanna and Sarah love and will miss him, but keep him alive in their memories. He was very proud of his daughters and the women they have become. After their daughters were grown, he and Mary started traveling together more, planning “Jazzcations” around seeing their favorite musicians at festivals, in jazz clubs, and in concert halls, spending the days being tourists. Mary will keep waving his Terrible Towel during Steeler games to make sure he is represented, and continue to follow their favorite artists. While the pandemic put a hold on their travels, they were hoping for future adventures together. Mary, Johanna (Colorado) and Sarah Regina (Pittsburgh) will miss him always. He also leaves his uncle, Paul King (Sandra) in Tennessee and colleagues, friends and fellow Steelers and wine fans. Remembering him and telling his stories is enough of a memorial, but if you want to remember him more concretely, make a gift to the Greater Birmingham Humane Society or World Central Kitchen in his memory. That would make him smile.
See more See Less

In Memory Of Robert Steven Hendley