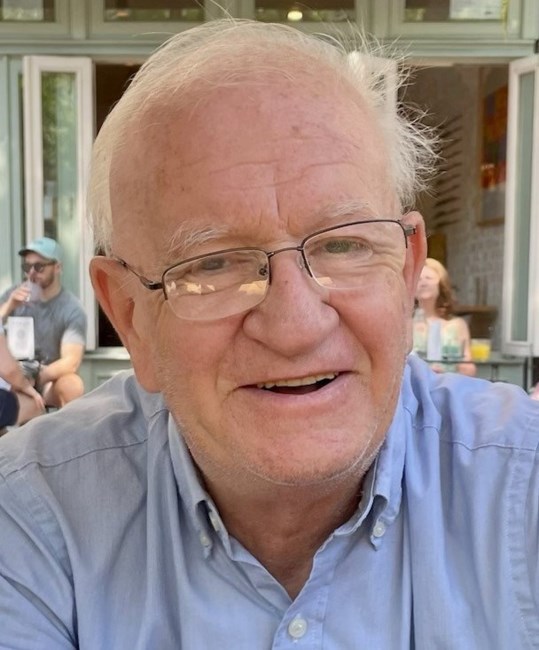 Steven was born in Irvington, New Jersey, to his mother Irene and father Stephen Golembioski. He grew up in Wayne, New Jersey with his dear sister Mary Linda and later graduated from a Jesuit University, Loyola in Baltimore. He worked as an accountant early in his career where he used his brilliant mind for nimble calculations and breakdowns, well before anyone could even punch the numbers into their calculators. He was a man of exceptional intelligence – spanning through all topics including history, economics, science, and world events— retaining information that the ordinary mind could not. While working as an accountant at ITO in New York City, he met Marie, who would become his wife of 41.5 years. Steve then moved on to partner in business with his father, owning and operating a wholesale vanity company (Golem Sales) in New Jersey. He and his family later moved to Florida, where he ran a successful rental business (ABC Guest Rentals) in Delray Beach for 22 years. Not only was Steve smart, but he was deeply kind and empathetic to people he met in his lifetime. He was happy to donate items from his business to mothers in need through Catholic Charities and to help others whenever possible. His longtime customers still keep in touch and he was well known for his ability to make people laugh - exemplifying his positive outlook on life. He was a devoted son to his mother and father, and never missed a day to visit them in their senior years. Steve was also a devout catholic, always praying and making mass a priority. He cared deeply for his wife, Marie, and children, Kristie and Lauren – consistently setting virtuous examples of loyalty, an unmatched work ethic, strength, and generosity. He enjoyed fishing and boating with his daughters, teaching them correct grammar and how to maintain their cars. He also loved gardening, following the stock market, getting the best deals, and during his retirement, working as a private chef and swim instructor for his dear pups, Lola and Lilly. He ultimately passed away from Leukemia, but remained optimistic and strong since his initial diagnosis 15 months ago. He and his family appreciated not only a lifetime of very fond memories, but especially valued the last several months, spending days on the boat with their future in-laws, fishing, visiting the nature preserve, watching football games, playing with his pups, reconnecting with old friends and family, and taking a road trip from New York to Florida. We greatly appreciate the generosity from friends and family over the last few days. We politely ask that if any additional gestures would like to be made, please consider a donation to St. Jude Children's Research Hospital in Steve's memory.
See more See Less

In Memory Of Steven Golembioski