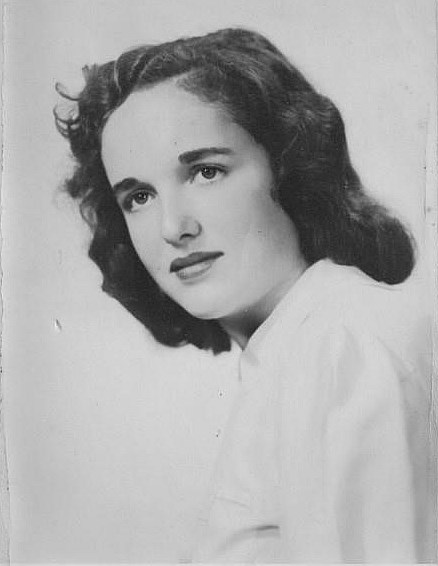 Suzanne McCready Evans September 19, 1930 – January 21, 2023 The world has lost a most delightful, and beautiful human being. Surrounded by her cherished family and dog, Suzanne Evans McCready gently passed away, ready to be reunited with loved ones who had gone before her. Suzanne was born in Dobbs Ferry, New York to James Webb McCready and Flora Singer McCready on September 19, 1930. She would eagerly tell you that her childhood was a charmed and happy one. She went to the Masters School in Dobbs Ferry up through High School, and then onto Finch Jr. College. She spent her summers with her parents at their Cape Cod house which overlooked a beautiful private beach on the Bay. She met the love of her life, David Evans, on a blind date. The smart, fun-loving Yale graduate swept her off her feet, and they married in 1950. Suzanne was a devoted wife for 67 years, as well as a dedicated mother of five. Being mother, grandmother and great grandmother was her joy, and roles she deeply treasured until her last breath. Suzanne was a gourmet cook, unafraid of experimentation. When David traveled to foreign places for business, he often returned with a request for her to cook something he had tried along the way. Seaweed, turtle soup, snails, and a variety of foods were at times placed on the Evans family table, thanks to Suzanne’s willingness to give it a go. Suzanne was a world traveler, accompanying David on trips to Asia, Europe, Australia, Canada, and various islands. She also enjoyed cruises, especially one to Alaska (thanks to her daughter’s generosity) where she got to sound the Captain’s Horn; and the family cruise to Mexico; as well as the family houseboat trip through the Finger Lakes which was both amazingly fun and horrendous simultaneously. She and the family also lived in a variety of towns in New York, Ohio, Toronto, Connecticut, and Florida, due to David’s business promotions and transfers. Those who met her loved Suzanne -- and she loved them back. She always had a twinkle in her eye and a smile, letting them know she was so happy to see them. She talked to everyone along her path, and she listened intently to all they had to say. She made friends easily, and quickly became the trusted confidante for anyone who needed a safe place to reveal their feelings and secret stories. As devoted to her family as she was, Suzanne was an intensely loving dog mother. Anyone would love to live a life as her dog, as there was no end to the love, attention, care, and spoiling that she provided her pets. She underestimated her own intelligence, finishing up to seven crossword puzzles a day and often beating her opponents at “Words with Friends.” Bridge was her favorite game in life, which she played with strategic skill as often as possible. Suzanne was just as sharp at the very end as she was at age 20. Suzanne was a special beauty, always dressing impeccably with the perfect jewelry ensemble and accessories, and wearing only lipstick for makeup. As pretty as she was, her real beauty was in her simplicity and love of life, family, and friends. Suzanne is predeceased by her parents, James and Flora McCready, her mother-in-Law, Sarah Virginia Coombs Evans, her husband David K. Evans, and her daughter Suzanne V. Evans. She is survived by her children, Deborah Lonergan, Leslie Evans, James Evans, and Patricia Evans; as well as her grandchildren, Eric, Kurt, Kevin, Brian, Valerie, Hillary, Virginia, David 2, and Victoria; and great-grandchildren, Hiroto, Kazuki, Miwa, and Remi. She is also survived by her children’s’ current and former spouses, including William Bunnelle, Mary Method Evans, Dana Lonergan, Roger Cox, Reid Grosky, and Fred Walters. She is also survived by her rescued dog Minie, who has been an incredible source of joy and comfort to her in the past couple of years. A memorial service will be announced and held at a later date. In lieu of flowers, the family asks that you follow Suzanne’s example of being that kind, warm confidante. Donations to a favorite charity in Suzanne’s name are also greatly appreciated. Fond memories and expressions of sympathy may be shared at www.babionesouthflorida.com for the Evans family.
See more See Less

In Memory Of Suzanne Evans