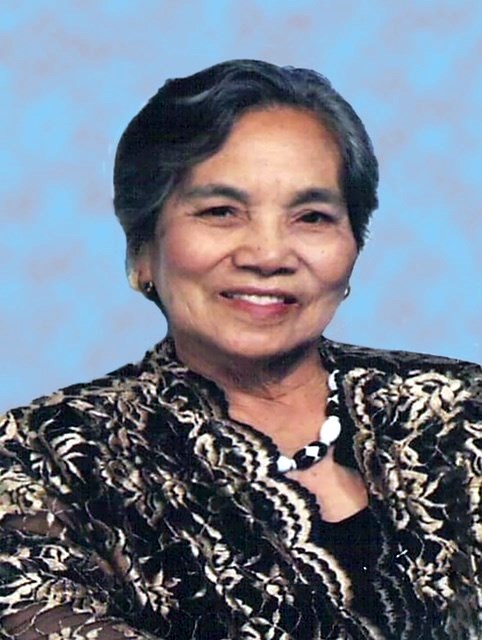 Asteria Lictao Banayat was born to Agustina Calica and Valeriano Lictao in Gusing, Naguilian, La Union, Philippines on August 12, 1915. She was the middle of seven children. Asteria attended Gusing Elementary School finishing the 4th grade. As a highly motivated individual, she taught herself how to speak and read basic English. Asteria was known to have a sharp memory, recalling names of relatives, their spouses, and children with ease. She will be remembered as a jolly person who was entertaining and fun to be around; always sharing precious stories. Asteria was very generous, resourceful and business minded. After acquiring small properties, she provided accommodations for her family. She was a tough, feisty woman, known to be a disciplinarian. Still, she always cared and provided for the needs of her family. In 1935, Asteria married Apolonio Mendoza and had a son, Porfirio Mendoza. When Apolonio died in 1942, she continued running the store they had opened together. She sold intriguing and unique goods specializing in embroidery and used the profits to purchase garments and fabrics for her siblings to use. After being widowed for six years, Asteria was reunited with her childhood sweetheart, Pedro Banayat. Being stern in her beliefs, she would only marry Pedro if he signed an agreement to give up drinking alcohol. Hence, they were married in 1948. Five years later, Eduardo was born. They moved to Baguio City where she obtained a pottery store. In doing so, she enjoyed giving away mini potteries to her favorite relatives. After Eduardo joined the United States Navy, Asteria and Pedro migrated to the U.S. with Eduardo’s family in 1979. They have lived in San Diego ever since. Asteria used her talents as a seamstress to make dresses for her family. She also enjoyed being a grandmother helping Eduardo raise his children. In her spare time, Pedro and Asteria enjoyed dancing. During Senior Citizens' events, she was voted and given a trophy as "Mutya ng Hilaga," meaning "Jewel of the North." Asteria and Pedro had a strong connection with their Roman Catholic faith attending daily morning Mass. They also donated their time as Rosary Makers; mastering the art of assembling chain and cord style rosaries. In their lifetime, they made thousands of rosaries that were distributed and used by missionaries around the world, free of charge. Asteria found joy in cooking, especially delicious Kare Kare. She also enjoyed gardening and visiting Viejas casino to play bingo and slot machines. Asteria took good care of herself and, through most of her life, was rarely sick. Even at her old age, she was still able to walk around, unassisted. Asteria would have been 103 this coming August 2018; a life well lived. From Porfirio Mendoza, she is survived by 16 grandchildren and great-grandchildren. From Eduardo Banayat, she is survived by three grandchildren and one great-grandchild.
See more See Less

In Memory Of Asteria Lictao Banayat

Catholic Mass of the Resurrection