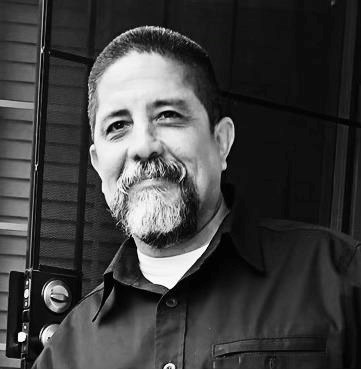 Dean Vincent Cardenas Sr., age 57, went home on January 20, 2023 after a courageous battle with cancer. Dean was born on September 18, 1965, to his loving parents Ruth and Eugene Cardenas. He grew up in his beloved city of Chula Vista, CA with his older siblings, Joann, Helen, and Eugene. It’s also here where he met lifelong friends. After high school he joined the United States Air Force and was stationed at March Air Force Base where he met his wife Veronica of over thirty years. Upon returning to his hometown, he attended school then worked in IT, eventually becoming an IT Manager for over 20 years. Dean enjoyed life to the fullest, traveling the world with his family and making the most of each and every day—enjoying all of life’s simple pleasures. His passions were his faith, family, friends, and his work. He is survived by his parents, his siblings, his wife Veronica, his son Dean Jr. and wife Jessica, his daughter Crystal and husband Nolan, his daughter Dina and husband Daniel and his daughter Danielle. He was blessed with five beautiful grandchildren, Michelle, Alyssa, Daniel, Darla, and Dalilah. He is loved beyond measure—a man of few words who created a lifetime of joy, laughter, and an infinite amount of love.
See more See Less