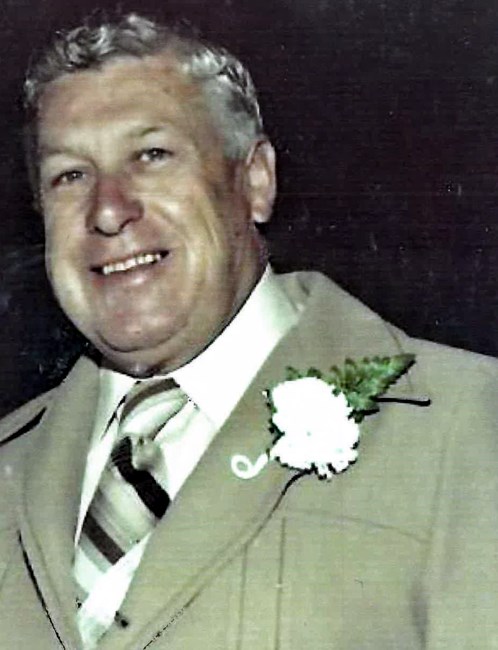 Sam Rachow Born May 20, 1923 Newark, New Jersey Father: Milton Frederick Rachow Mother: Edith Donahue Rachow After high school in Newark, NJ enlisted in the US Navy on April 8th 1941 and trained at Naval Training Center Norfolk, VA. Served on battleship USS New York then requested transfer to the Submarine Service. During WWII participated in several successful war patrols in the Pacific Theater where he served as Quartermaster of the Watch and Assistant Navigator. In November of 1944 transferred to Mare Island, San Francisco where he met and married Emma Dornbach on December 22, 1944 at City Hall in San Francisco. After the war Sam and Emma moved to San Diego in 1947 and lived in navy housing until buying a house in Chula Vista in 1949 where they lived for over 70 years. During his time of service Sam received the American Defense Service Medal, World War II Victory Medal, Good Conduct Medal w/4 stars, Submarine Combat Medal, European-African-Middle Eastern Campaign, Asiatic Pacific Campaign. Also played football for the Sub-Pac team and received All-Navy honors in 1949. One of his great joys of life was being backfield coach for the Naval Training Center, San Diego 1950-55. During final years in the Navy served in the 11th Naval District, San Diego and spent 2 years as a recruiter at the US Navy recruting substation in Phoenix, AZ and returned to San Diego Submarine Squadron Five as his last assignment. He was honorably discharged on June 15, 1962 with rank of QuarterMaster, Chief. Having always a love of football he inaugerated a semi-pro team called the South Bay Sabres which had a two year run and won the Southern California Championship. During that time he also was a travelling salesman for Blatt Distributing until retirement in 1984. From that time he enjoyed watching his grandsons' and great grandson's athletic events and never missed a game. Sam was a 66 year member of BPO Elks #2011, a member of Fleet Reserve Branch 61, Submarine Veterans of WWII and the American Legion. Preceded in Death by Emma his wife and daughters Lorena Brunner and Laura Charles. Survived by daughter Mari Mathews and husband David. Grandchildren: Judd Rachow, Ethan Charles, Wesley Charles, Sierra Aguilar. Great Grandchildren: Zakary Rachow, Zoe Rachow.
See more See Less

In Memory Of Milton Rachow