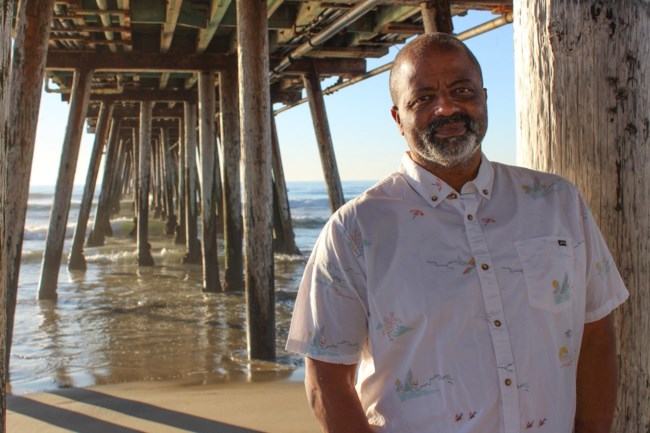 Randall Baker, 61, of Imperial Beach, California, passed away on July 26, 2022, after a valiant and heroic fight against hilar cholangiocarcinoma. He was born in Alexandria, Louisiana, on December 13, 1960. He graduated from Peabody Magnet High School where he played football and ran track. He joined the United States Navy in 1978 and honorably served 20 years until 1998. He was stationed for most of his military career at North Island Naval Air Station (NASNI) in Coronado, California. He was assigned to Airantisburon 38 with deployments on West Pac - Indian Ocean, Middle Pacific, Desert Storm, and the Persian Gulf. He served as an Aviation Electrician’s Mate First Class and Aviation Warfare Specialist, retired, with specialties as a S-3 System Organizational Maintenance Technician, ASM-175 Electronic Module Test Console IMA Technician, Instructor, and F14D System Organizational Maintenance Technician. His dedication to his Navy career was highlighted with a Navy Achievement Medal (four awards), Armed Forces Expeditionary Medal (two awards), Expert Pistol Marksman, Good Conduct Medal (five awards), Southwest Asia Service Medal, Sea Service Deployment Ribbon (four awards), National Defense Service Medal, Navy Expeditionary Medal (three awards), Meritorious Unit Commendation (two awards), Navy “E” Ribbon, and Enlisted Aviation Warfare Specialist Insignia. After his military career, Randall did not go too far and began his next career in 2002 as a civilian at NASNI with the Department of Defense (DOD) as a Logistics Management Specialist. He served 20 years with the DOD, and he was set to retire in August 2022. He truly enjoyed his many years with his dear co-workers and cooking dishes for their lunch and holiday gatherings. He was honored to have helped to coordinate and speak at an annual event at NASNI for Equal Employment Opportunity and he served on the African American Pipelines Advisory Team. One of his most proud achievements was returning to academia to earn his Bachelor of Science in Workforce Education and Development in 2008 and Master of Science in Technology Management in 2011. Randall was by the side of his cherished wife, Eleanor, since 1997. Randall was by the side of his cherished wife, Eleanor, since 1997. They lived together since 1999 and married in 2018 . Their home was full of Randall’s love for his hobbies. He had endless stacks of books, a fine collection of guitars including one he purchased in London, and a garage full of computer parts that he meticulously refurbished into computers for those who needed one. He and Eleanor spent hours in their garden caring for their vegetables, fruits, and exotic plants, and maintaining the tropical landscape around the pool. He had a love for anime, and he would happily show the grandkids his skills as a black belt in martial arts. He cherished and knew of all types of genres of music. He was a superstar at trivia and had a memory like no other. He and Eleanor loved to go shopping on the base and across the county. They had adventures galore to antique and consignment shops buying useful and random gifts for all. They traveled the world together and had memorable trips to Louisiana, Hawaii, New York, Chicago, London, Paris, Rome, Dublin, Amsterdam, Copenhagen, and Stockholm. He was a true whisperer of children and animals who gravitated to his calmness. He would show everyone the photos and videos on his cellphone of his precious daughters and their husbands and his grandchildren of whom he spoke about dearly and often. He graciously shared his love with his stepdaughters and their husbands and his step grandchildren. He was a Christian and spoke fondly about his love of God and Baptist upbringing with his mother Verna, grandmother Alberta, and grandfather David. He was known far and wide as a man of kindness and patience who had a genuine soul. All will remember how he carefully listened and delightfully engaged in conversations with people of all walks of life. Randall is survived by his wife – Eleanor Baker; children – Candyse Doddy (Otis) and Amanda Baker-Davis (Mike); grandchildren – Sadie, Otis, Anthony, and Michael; mother – Verna Baker Canada (Oliver); siblings – Kenneth Baker (Pennie), Chris Baker, Deshay Baker, Adrian Baker, and Randall Baker; nieces and nephews – Damon, Der’Randall, Kenya, Tayreesha, Kale, and Kyrn; aunts and uncles – Sherman Gistarb, Alfreda Gistarb, Willie B., and Norma Louise; cousins – Sandy Rogers, Stevie Brown, George Tofforo, Ronnie William Saafir, Pat Ciomartie, Ramona Thornton, Lisa Gistarb, Leah Gistarb, and David Gistarb; stepchildren – Gina Potter (Paul), Jami Teagle-Burgos (Chander), and Tomi Tangonan (Eli); step grandchildren – Kainoa, Tatiana, Chaden, Demi, Micah, and Makana; in-laws – Emily and Greg Thompson and their children Alexis, Zach, Meredith, and Jake; childhood friend – Rodney Evans; and many other cherished family and friends. Randall predeceased his father – Howard Baker; sisters – Mervil Baker and Roselynn Workman; grandparents Alberta and David Gistarb, and Alma Lee Booker and Randall Baker; uncle – David Gistarb; cousin – Rudie Brown; and best friend – Keith Maurice. A memorial will be held on August 19, 2022, at The Chapel of the Roses at Glen Abbey Memorial Park & Mortuary at 3838 Bonita Road, Bonita, California, 91902. The viewing will be from 10:00am to 11:30am, and the service by Minister Kenneth Baker will be from 11:30am to 1:00pm. The internment will immediately follow at Miramar National Cemetery at 5795 Nobel Drive, San Diego, California, 92122, from 2:00pm to 2:30pm. For more information, please contact (619) 889-0015. Fond memories and expressions of sympathy may be shared at www.glenabbeysandiego.net for the Baker family.
See more See Less

In Memory Of Randall Baker

The Chapel of the Roses -Glen Abbey Memorial Park and Mortuary

The Chapel of the Roses- Glen Abbey Memorial Park and Mortuary