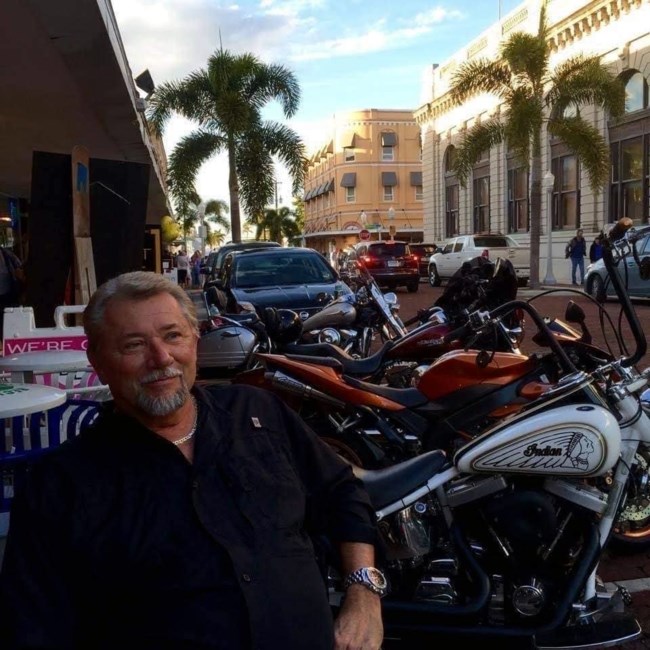 Michael Robert Allen, 68, of Bonita Springs, Florida, passed away at home on Wednesday, December 7, 2022. Mike is survived by his soulmate and beloved wife of 35 years, Mary (nee’ Banich) and the light of his life, his daughter Bailey. Bailey’s fiancée, Aaron Mitton, became a true friend and son to Mike. Mary’s large family loved Mike like one of their own, and he is survived by five brothers-in-law, five sisters-in-law, and many nieces and nephews who will greatly miss their Uncle Mike. Mike was proud of his Chicago roots and was born there to Robert and Eleanor Allen on November 7, 1954. He lived in Atlanta for much of his adult life, and it is where he met Mary, also a native Chicagoan. They were married in 1987 and settled down in Marietta, remaining there for twenty years until moving to the warmer weather in Florida. Mike was the founder of Allen Technical, selling and servicing processors for the military, state archives and corporations. Mike was incredibly smart and could converse with you about any subject. He had an enormous zeal for life and believed that anything worth doing was worth doing right, big, and with style. He was always the best-dressed man in the room. Mike was a talented photographer, and his favorite subject was Bailey, followed by their Westie, Boo. He enjoyed watching NASCAR, playing the occasional game of golf, and cruising around the Caribbean and exploring Florida with Mary. Above all, he was a devoted husband and adoring father, and his family was always his greatest joy and highest priority. A celebration of Mike's life will take place at 2:00 p.m. on Saturday, February 11, 2023 at Hodges Life Celebration Center, 26051 S. Tamiami Trl., Bonita Springs, FL 34134 Per his wishes, Mike’s ashes will be scattered at one of his favorite places, Destin, Florida. In lieu of flowers, donations may be made to Hope Hospice at HopeHCS.org or the American Cancer Society. The family wishes to extend their gratitude to all of the wonderful staff at Hope Hospice. *This beautiful tribute was written by Mary's sister-in-law Rose Banich.
See more See Less

In Memory Of Michael Robert Allen

Please join family and friends for a celebration of Mike's life.