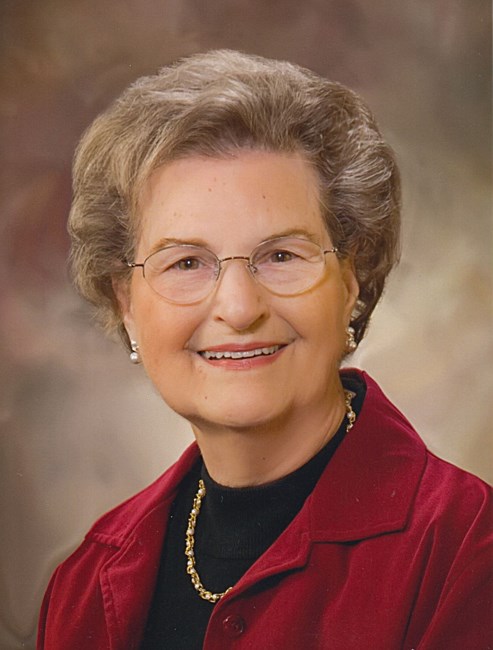 Evelyn Davis Wright of Booneville, MS passed away peacefully on September 16, 2022. The family is thankful for the care provided by Sanctuary Hospice in her last days. Evelyn was a wonderful, caring woman, a caretaker who treasured her family – words can only begin to share her impact on her family and friends. Evelyn was born in Booneville on September 5, 1932, to Charlie and Leslie Davis. She met and married her husband, Arliss C. (A.C.) Wright, on December 26, 1953, and they were together until his passing in 1997. Evelyn was a devout Christian woman and was a member of East Booneville Baptist Church for many decades. She was a beloved member of the Naomi Sunday School class and participated in numerous outreach projects for others. In her mid-sixties after the death of her husband, Evelyn rediscovered her childhood love of drawing and began creating stunning oil paintings cherished by the many who were gifted her paintings. Evelyn is survived by her two living children, Stan Wright (Connie) and Karen Wright Malone. She leaves behind four living grandchildren, Jessica Haulcomb (Jason), Andy Wright (Beth), Forrest Wright (Katie) and Josh Wright(Lauren). Surviving family also includes nine great grandchildren, Travis Taylor(Paige), Troy Taylor, Trent Taylor, Kinsley Wright, Mason Wright, Jemma Wright and Jason Haulcomb Jr., Jayden Haulcomb and Baelin McLemore and two great-great grandchildren, Ivy Wright and Bowen Watkins. Evelyn is pre-deceased by her husband, A.C. Wright, son, Carl Wright, and grandson, Cole Malone. A service celebrating Evelyn’s life will be held at 4:00 P.M. on Sunday, September 18, 2018 at McMillan Funeral Home, 702 W College Street, Booneville, with Bro. Steve Howell officiating. Burial to follow in Booneville Cemetery. Visitation will be from 2:00-4:00 P.M. at the funeral home. Pallbearers will be Andy Wright, Forrest Wright, Josh Wright and Jason Haulcomb. In lieu of flowers, donations may be made to East Booneville Baptist Church, designated for Mission Work.
See more See Less

In Memory Of Evelyn Davis Wright