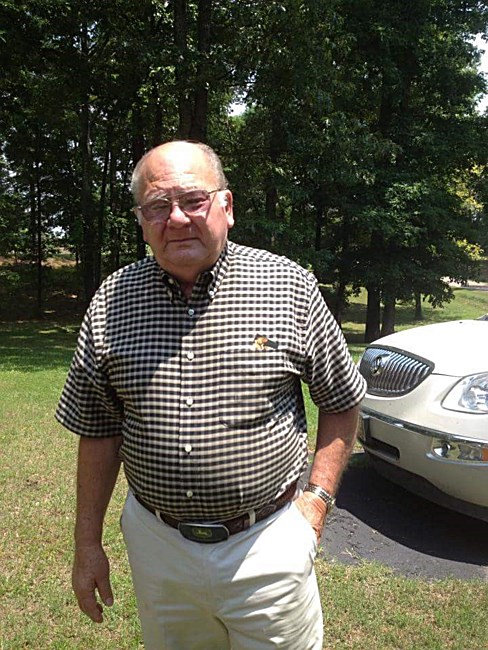 Bernis Wade Ashmore, 82, of Booneville passed away on Sunday, January 16, 2022 at North MS Medical Center in Tupelo. He was a member of the New Burton Baptist Church. He loved gardening and working in his yard. Funeral services will be at 12:00 P.M. on Tuesday, January 18, 2022 at McMillan Funeral Home with Bro. Dwayne Morgan officiating. Burial will be in the Forked Oak Cemetery. Visitation will be from 5:00 P.M. until 8:00 P.M. on Monday, January 17, 2021 at the funeral home and from 11:00 A.M.-12:00 P.M. on Tuesday. He is survived by his wife, Carolyn Ashmore; his son, Larry Ashmore (Lynn); his daughter, Vicki Lambert (Dick McMillan); his brother, Herbert Ashmore (Jorene); his grandchildren, Cory Lambert, Bradley Ashmore, Ashley Ashmore, Chris Burcham (Penny), Brent Burcham (Christy) and Clay Burcham (Amy); 3 great grandchildren and a host of nieces and nephews. He is preceded in death by his parents, Claude Ashmore and Ethel Hughes Ashmore; two brothers, Hubert Ashmore and Kenneth Ashmore and his sister-in-law, Nancy Ashmore. Condolences may be left at mcmillanfuneralhome.com
See more See Less

In Memory Of Wade Ashmore