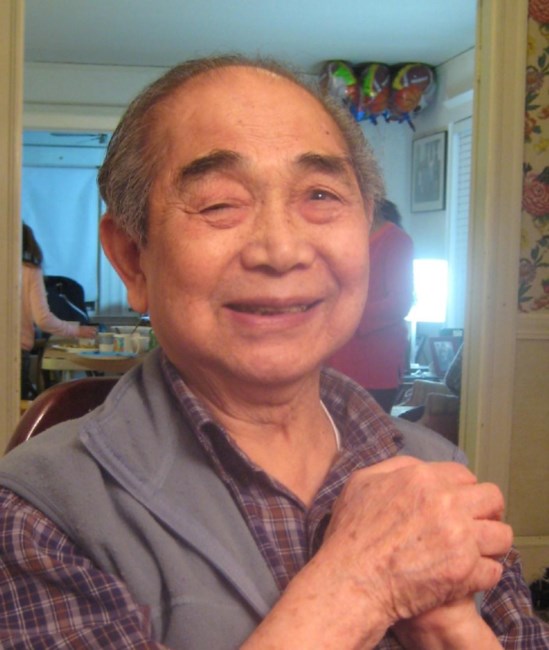 Chok Man Chin, 92, of Quincy, August 24, 2018. Beloved and dedicated husband of Yuen Lin (Leung). Loving father to June Kellner, and her husband Barry of Exeter, New Hampshire, Joyce Santoro and her husband Anthony of Medford, MA, Robert Chin of Lawrence, MA, Randall Chin and his wife Kandice of Boulder, CO, and Janet Chin of Quincy, MA. Loving grandfather of Lisa Kellner Williams, Sara Kellner Maniez, Jason and Christopher Santoro, Mychal, Nikki, Geoffrey, Ricky, Bobby and Roy Chin. Great grandfather to Isabella, Francesca and Vanessa Williams, Margo and Marc Maniez, and Myles Chin. Born in Kwangtung, China in 1925, Chok initially came to the United States through Saint Johns, Canada to East Boston, MA in 1939. He returned to China in 1947 and married Yuen. They had two girls, June and Joyce. In the midst of turmoil in China, being a true family man, Chok refused to leave his daughters behind as the villagers recommended. He fought hard and was determined to keep his family together. After many years, and with the help of his now deceased niece, Mabel Chin, Chok and his family were fortunate to be able to immigrate to the United States in 1957. They settled in Boston, MA where Robert, Randy, and Janet were born. Chok worked as a chef six days a week and looked forward to his day off where he planned and prepared wonderful, delicious, and bonding family dinners.
See more See Less

In Memory Of Chok Man Chin