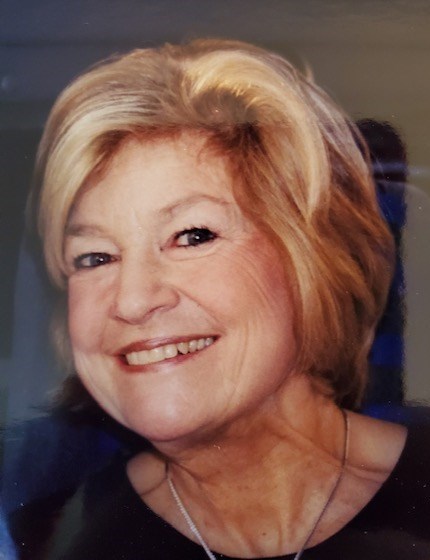 Celebration of Life will be held on Saturday, May 21, 2022 at 10am in Trinity Church in The City of Boston, 206 Claredon Street, Boston, MA 02116 The Reverend Helen Miller Moore, Episcopal priest, pastoral psychotherapist, spiritual director, and cherished matriarch passed away Dec. 20, 2021 at Weymouth’s South Shore Hospital with her beloved husband, Tom, daughter Courtney Newcomb, son-in-law Daniel Newcomb, and son Frederick Brewer by her side. She was 79. Helen was born on Oct. 3, 1942 in Chattanooga, Tennessee to Frank L. Miller and Jane Saunders Miller. A mother of four—Hadley, Courtney, Kendall and Frederick Brewer—she married Thomas Moore III in November 1973, and they began their family life together on Lookout Mountain, Tennessee. After daughter Sarah Grayson Moore was born, Helen, Tom, and the five children moved to the Boston, Massachusetts area in 1980. Yet it was in Chattanooga where many of Helen’s passions were ignited: family, community, justice, and faith. She was active in the city’s Junior League, serving as president, and involved at Good Shepherd Episcopal Church, Lookout Mountain and St. Paul’s, Chattanooga. As a young mother she was active in addressing such social issues as voter registration drives. Before her move to Boston, Helen had attended Salem College in Winston-Salem, North Carolina. In Boston, her passion for social justice, the church and racial and gender equality lifted off. She finished her bachelor’s degree in social work at Regis College in Weston, Massachusetts and earned two master’s degrees from Harvard University, one from Harvard Divinity School and a second in consulting psychology. She was ordained into the Episcopal priesthood in 1993 at Trinity Church in the City of Boston. It was from this historic pulpit that she encouraged her congregations to engage with their communities, to fight for equality for all, and most importantly, to work on their relationship with God. She mined from within her deep well of spiritual resources to write hundreds of inspiring sermons, offer empathic pastoral care, and serve as a gifted church leader. After serving as Associate Rector at Trinity Church, she was called as rector of St. Hubert’s in Cleveland, Ohio before becoming Interim Dean at St. James Cathedral in Chicago. In 2002 she stood for election to be diocesan bishop of Washington, D.C. Interim service as the leader of parishes suited Helen. She served interims as rector, St. Luke’s, Darien, Connecticut, Trinity Church in Southport, Connecticut, and St. Paul’s in Richmond, Virginia. Returning to New England in 2007, she resumed her calls to serve as interim rector at Grace Episcopal Stafford Springs, Connecticut, St. Chrysostom’s Quincy, Massachusetts and recently at St. Andrew’s Episcopal Church in Hanover, Massachusetts. In 2019 Helen had the privilege of performing the wedding service of her first grandchild, Mackenzie Newcomb to her husband Ben Jerrom at Helen’s and Tom’s home in Hingham. One of her first services as a priest had been baptizing Mackenzie in 1993. Subsequently, she baptized all her other grandchildren in Boston; Cape Cod; Kirtland Hills, Ohio; Chicago; Denver; and Stafford Springs, Connecticut. Her passion for the church was matched by her passion for her family. She was a devoted wife to Tom and an enthusiastic Mama, Mom or Heili to her children and grandchildren. She offered guidance in life choices, urged them to serve their communities, insisted on good manners (“yes, ma’am”, “no sir”, thank you notes and fine china) and always remained a ready listener. Her quick wit familiar to many parishioners was also used in raising her children. They agree that she was the best cheerleader, even as they knew she would be their toughest critic. She was an avid reader and loved spending family time on Martha’s Vineyard, Massachusetts. She is preceded in death by her parents Frank and Jane and her stepfather Evan H. Wythe. She is survived by her husband Thomas of Hingham, Massachusetts; sister Barrie Miller Gollinger and Jon Gollinger of Village of Golf, Florida; sister Kathy Miller Scogna of Auburn, California; brother Char Miller and Judy Lipsett of Claremont, California; and sister Nicola Miller and Bill Oswald of Portland, Oregon; daughter Hadley Taylor and her husband Scott of Thornton, Colorado; daughter Courtney and her husband Daniel of Marshfield, Massachusetts; daughter Kendall Vail and her fiancé Rich Franz of Derby, New York; son Frederick Brewer and his wife Jill McTiernan of Watertown, Massachusetts and daughter Sarah Grayson Moore of Vieques, Puerto Rico; and eight grandchildren: Mackenzie Newcomb and Ben Jerrom of Pembroke, Massachusetts; Taylor Newcomb of Cambridge, Massachusetts.; Matthew Taylor of Thornton, Colorado.; Kate Newcomb of Boston; Cooper Clynch, Chicago; Grayson Clynch, Oxford, Mississippi; Campbell Clynch, Fort Collins, Colorado; and Mac Brewer of Watertown, Massachusetts. In lieu of flowers, contributions may be made to St. Andrew’s Episcopal Church, 17 Church St., Hanover, MA, 02339; the Economic and Social Justice Ministry of Trinity Church, 206 Clarendon St., Boston, MA 02116; Episcopal Relief & Development Disaster Fund to provide critical relief to communities impacted by the December 2021 tornadoes, 815 Second Avenue New York, NY 10017.
See more See Less

Trinity Church in the City of Boston