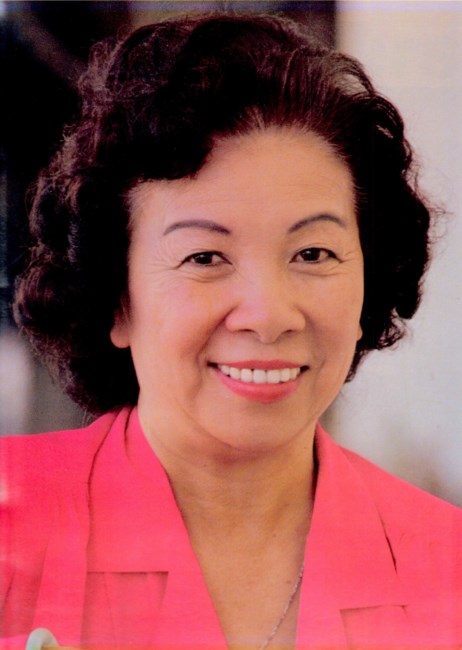 Madeline Wong, age 95 of Boston, passed away surrounded by her family on November 9, 2022. Born August 22, 1927 in Providence, Rhode Island, she was co-founder/owner of The Kowloon Restaurant along with her husband William. Prior to that, Madeline grew up in a family of five daughters and two sons in which her father, Chun-Sau Chin and mother, Tow See, who migrated from the Guang Dong province in China, insisted on giving her and her siblings a bilingual upbringing. Madeline’s childhood was a very happy one. Living in Providence up until the first grade, and moving to Boston, living on Harrison Avenue and attending the Quincy School for one year. The family moved to Fall River where her parents opened The China Inn Restaurant for a few years. Madeline would help out with the chores at the restaurant after school every day. The family would move again back to Providence and open The Pagoda Restaurant on Broad Street. Madeline worked and helped out every weekend! And assisted in doing the book keeping – while attending Central High School. In 1948, she married the love of her life, William Wong, who was working with his parents at the Mai Fong Restaurant on Massachusetts Avenue next to Symphony Hall. After giving birth to their first born, eldest daughter, Madeline decided to embark on a career to help supplement the family income. She identified an underserved market when she had to seek out an insurance agent to purchase a policy for her daughter. So she decided to give insurance a try. Being rejected at two other insurance companies, Madeline with her friendly, sociability, hard work ethic, perseverance and husband’s support would become a legend in the industry at John Hancock Life Insurance Company. Over the next few decades, she would rack up numerous awards (Top of the Table, John Hancock’s President’s Honor Club, Million Dollar Round Table, The President’s Cabinet, among others) and sales records (Leading the entire company in production and volume in 1982, her consistency earned her to be the only woman inducted to the prestigious John Hancock Hall of Fame and to this day still holds the record of being the leading woman producer for most years at John Hancock!). In 1958, Madeline and her husband would purchase a 50 seat restaurant in Saugus, named The Mandarin House, which happened to be owned by her parents since 1950. They would change the name to Kowloon. While assisting her husband to grow the restaurant’s business, which started as a two-person operation, pulling 14-16 hour days with William in the kitchen cooking and Madeline multi-tasking as the only waitress, hostess and cashier – Madeline would still maintain her insurance sales work and have a total of 6 children over the next several decades, they would together build the Kowloon into a 1200 seat dining icon that is known by people throughout New England. In 2001, Madeline and William would be inducted into the Hall of Fame by The Massachusetts Restaurant Association for their leadership and dedication to the hospitality industry in Massachusetts. Beyond her work in the insurance and restaurant industry, Madeline always remained deeply committed to helping others and building the community. She first volunteered her time serving as an interpreter for Chinese immigrants applying for their citizenship papers and also as a notary public. She had been a long-time supporter of numerous organizations including the YMCA in Chinatown, the Wong Family Association (her husband, William, was past national president), the Kwong Kow Chinese School, the Chung Wah Academy, the Chinese Women’s Association, South Cove Manor Nursing Home, Children’s Hospital, Massachusetts General Hospital, Massachusetts Eye and Ear Infirmary, and Lahey Clinic, and she has held fundraisers for Muscular Dystrophy, The Joey Fund(Cystic Fibrosis)-and many other charitable organizations. In 1996, she received an honorary Doctorate degree from Curry College for her charitable donations and community work. In 2007, the Wang YMCA named her Outstanding Person of the Year. She was also Honorary Trustee of Belmont Savings Bank and advisor for the Wong Women’s Association, past president of the Que Sing Music Club, and former director of the South Cove YMCA and Greater Boston YMCA. Madeline along with her husband William, would assist many people, employees and others alike – Such as sponsoring people’s family members to come to the United States – As well as assisting and co-signing loans for automobiles and first homes for many. Despite all her accomplishments, her greatest legacy will be that of an incredible wife and mother. She was the loving wife of William Wong until his passing in 2011 and as a loving mother, she leaves behind a long line of accomplishments. Starting with being a beloved mother to her 6 children – Linda, Donald, Robert, Stanley, Elizabeth and Andrew. Being a wonderful Mother-in-Law to Kwong, Jeannie, Sandy, Mary, Jim, Paul and Mei-Ling. A loving grandmother to her 15 grandchildren – Stephanie, Melissa, Timothy, Michael, Peter, Tracie, Nicholas, Tatiana, Dennis, Brian, Stephen, Daniel, Jonathan, Christopher and Matthew. A cherished Grandmother-in-Law to Ryan, Kol, Melissa, Anna, Alison, Ben, May, Jay, Neelum, Yan, Sue and Wendy. Last but not least, an adored Great Grandmother to her 23 great-grandchildren – Joshua, Caroline, Adeline, Elise, Eleni, Michelle, Rachel, Jaxon, Zoe, Ava, Bella, Penelope, Benjamin, Frederick, Arthur, Theodore, Harrison, Alexandra, Maddox, Gemma, Callan, Cameron and Olivia. Madeline leaves behind a legacy of caring and love which will inspire generations to come. The family will receive visitors on Wednesday, November 16, 2022 from 2pm to 8pm in the J.S. Waterman Langone Chapel, 580 Commercial St. Boston. Complimentary Valet parking attendants will be at the front door. Funeral service will be on Thursday, November 17, 2022 at 11am in the funeral home and morning visitation will begin at 9am. Interment will follow services in Forest Hill Cemetery. In lieu of flowers..."pay it forward and do something nice for a stranger...neighbor....or friend in need....any amount or gesture would do and tell them it's in memory of Madeline Wong"
See more See Less

In Memory Of Madeline Wong