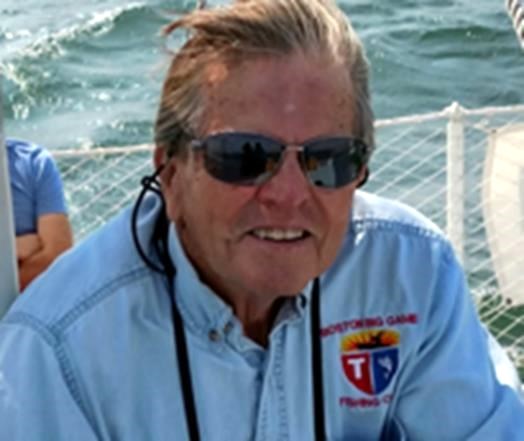 It is with great sadness that we announce the passing of Allen Frotten on 9/14/22 at 86 years of age. Allen was born in Dorchester, MA and grew up in the state foster care system. His childhood antics of jumping into the quarries, swimming at Malibu beach and hanging out with his friends earned him an early exit from his educational pursuits at Dorchester High. He made the most of this opportunity by joining the army and proudly serving with his platoon in Germany. Allen returned to Boston where he met and married his beloved wife of 62 years, Jean Marie Martinello, whom he lost this February. Allen joined the Boston Police Force in 1961 and was a decorated patrolman with 32 years of service. He earned many awards including the Mayor’s Medal of Excellence, the Boston Police Patrolmen’s Award of Merit, the New England Association of Chiefs of Police Award of Valor and the Boston Police Distinguished Service Award. After 28 years in District 4/Area D, he retired as an Assistant Harbor Master with the Boston police in 1993. Allen had many interests and friends; among his greatest joys were being with his family, boating and enjoying the beach. There wasn’t a map he didn’t read, a storm he didn’t predict or a wind direction for the best beach comfort that he didn’t know, and the weather channel was his tv program of choice. A wonderful husband, father, brother, brother-in-law, grandfather, great grandfather and uncle, Allen is survived by his daughters, Amy Costa and Jeanine Lockyer (husband Daniel) and grandsons Matthew Hamilton (wife Pamela) and Derek Hamilton (wife Kirsten) as well as a great granddaughter. Youngest daughter, Laura Hamilton, predeceased him in 2005. Allen will be fondly remembered and cherished for his kindness, his honesty, his good nature, his love for his family, his kinship to the ocean as well as the many interesting police stories he loved to share, sometimes more than once or twice. Join us in celebrating Allen’s life on Wednesday, September 28th at the Bourne Nickerson Funeral Home from 1:00 – 2:00 pm at 40 MacArthur Blvd, Bourne, followed by a brief ceremony with military honors at the Bourne National Cemetery at 2:30 pm.
See more See Less

In Memory Of Allen J. Frotten